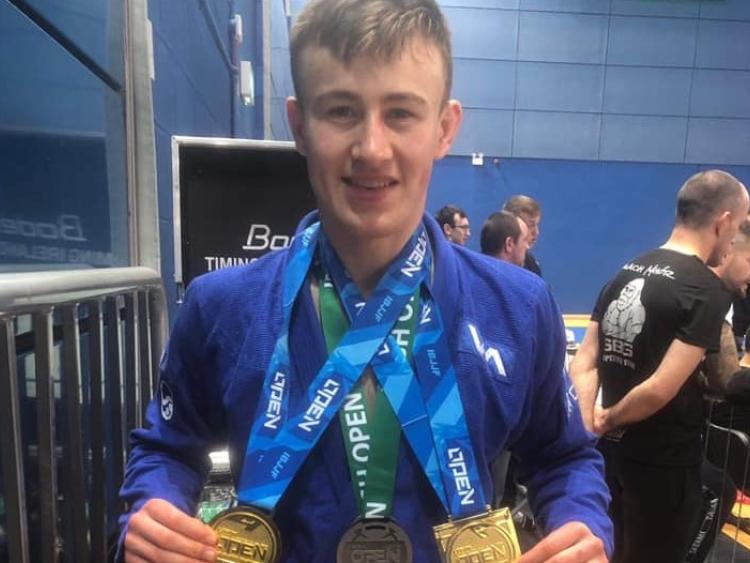 An Offaly jujitsu fighter is being tipped for great things in the world of mixed martial arts after winning an incredible medal haul over the week.

19-year-old Jack Dolan was fighting in both the Lisbon Open in Portugal and the Irish Open in Dublin over the weekend.

Starting on the continent, the former Colaiste Choilm student claimed two gold medals after a series of sensational performances.

He barely had time to go back to his base under the stewardship of Kieran Davern at SBG Tullamore before heading to Dublin for the Irish Open.

Despite the toll of travelling the long distances, Jack fought his way to a silver medal in the Irish Open in Dublin, claiming his third medal of the weekend.

In total, Jack fought in nine bouts over the weekend with his only defeat coming in the gold medal contest in Dublin.

SBG Tullamore hailed the fighter as a rising star and urged supporters to "remember the name."