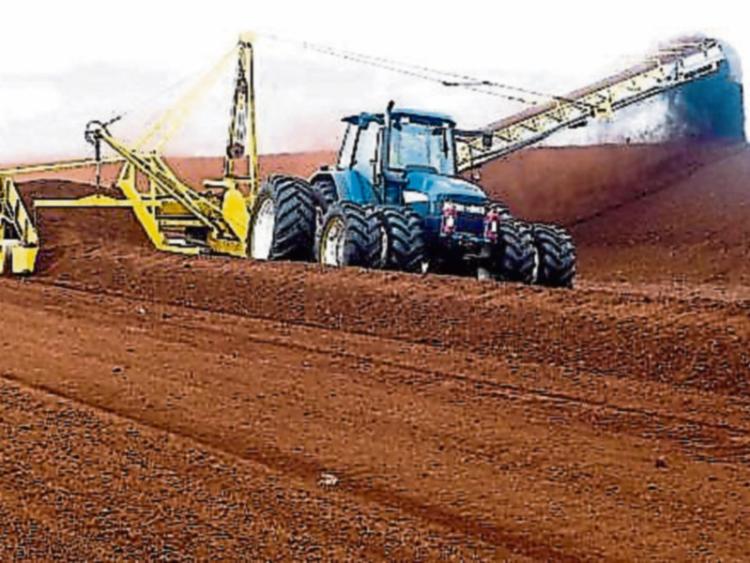 The chairperson of Offaly County Council, Cllr Peter Ormond, along with Cllr Eamon Dooley, has expressed concern regarding the future of employment at Bord Na Mona.

Both Fianna Fail councillors met with some employees of Bord Na Mona on Thursday last in Ferbane Business Park. The councillors were informed by employees that representative of workers met with Tom Donnellan, Managing Director and CEO on Thursday morning last and that a decision was imminent from the board within a month.

At the meeting with employees, Cllr Ormond and Cllr Dooley informed the employees that Cllr Dooley had proposed a motion at the July meeting for the council to meet with Tom Donnellan and senior management to discuss the future of Bord Na Mona.

That meeting was due to take place with the management of Bord Na Mona on Monday next in Mount Lucas. However, in recent days it emerged that Tom Donnellan was not available to meet with the councillors, according to Cllr Ormond.

Cllr Ormond says he took the decision "after consulting with other members to defer the meeting with Bord Na Mona until we
receive further clarification and Tom Donnellan is available to meet."

"In 2015, Bord Na Mona announced that the harvesting of peat for power generation is to be phased out by 2030 at which point the company would complete its transition to new sustainable businesses located across its bogs and landholdings. This quickly became 2027, then 2025 and now it could be all over by the end of the year," he said.

"The transition was supposed to be nearly ten years and this would also allow employees to retrain and gain new skills. The employees who have provided many years of loyal service to Board Na Mona have been kept in the dark until now. The employees are important stakeholders in this process and until this week, they have not been hearing anything
from management regarding their future.

"Now, it emerges that they are being warned by management that if nothing changes within a month, they would have to make a seismic decision that would not be good news for workers."

Following the announcement by the unions on Friday, Cllr Dooley stated that there is a serious doubt and uncertainty over the future of employment at Bord Na Mona in Offaly.

"There is over two million tonnes of peat harvested in the bogs in Offaly and the very least we need to hear from Government and Minister Bruton is that the PSO be extended until the end of 2020 and use the existing peat to fuel the power station. This would only be a short term solution, but it would give a small window of opportunity for the transition team to progress their agenda," Cllr Ormond added.

Cllr. Ormond stated that serious questions needed to be asked about the finances of the company.

"The employees need to know if their pensions are safe and that they will receive their pensions when due. This could have a devastating effect on current employees as well as former workers who depend on the Bord Na Mona pensions.

"When Bord Na Mona was originally set up in 1946, its aim was to provide economic benefit for Irish Midland communities and achieve security of energy supply for the country. It is important that they continue with their aim and provide the families and communities in Offaly with valuable employment opportunities."