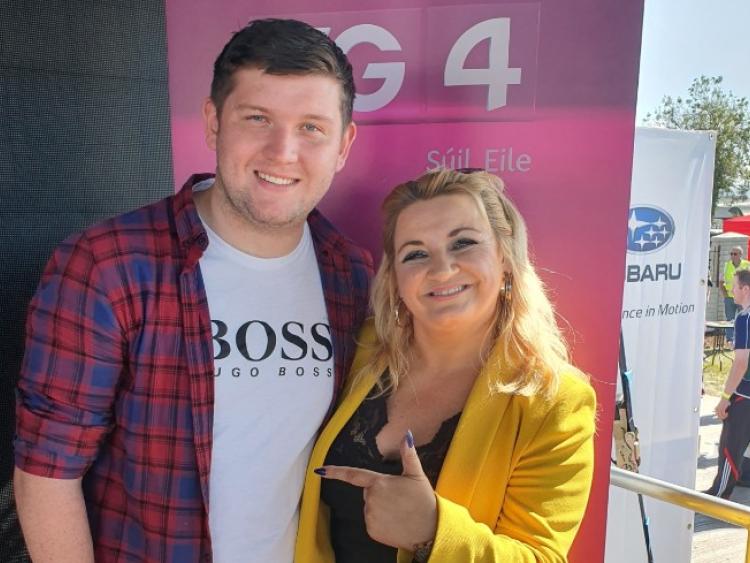 Offaly had its very first winner at this year's National Ploughing Championship on day one on Tuesday, and as so often before in 2019, it was young country music star Alex Roe making the news.

During her performance on the TG4 stage at the annual three-day event, the legendary Trudi Lalor announced to fans that she would be a mentor on the new series of Glór Tire when it begins recording later this year.

She then went on to announce that her contestant was there with her in Carlow, and proceeded to invite the man from Clara up on stage where she introduced him to the audience.

Roe's inclusion on the new series of the popular show continues a remarkable connection with Glor Tire for the town of Clara, with brother and sister Joe and Noreen Rabbette also having competed on it in the recent past, as did another Offalyman with strong links to Clara, John Molloy.

For Roe, the excitement was only beginning as he performed on the main stage at the Ploughing on Wednesday. He's already looking forward to every step of the road ahead.

"Well firstly, I have to say that I'm just so honoured that someone like Trudi, who has always been one of the artists that I've looked up to and tried to learn from watching, has chosen me to be her contestant," the young country star said.

"I can't thank her enough for giving me this opportunity. And secondly, to everyone who has already been in touch and offering their support and congratulations, same story: thank you all, so, so much! It's going to be a great few months, no matter what happens, and my main plan is to enjoy the whole experience."

"That's why I started playing music in the first place. And even from the chats I've had with Trudi so far, I know we're definitely going to enjoy our time on Glor Tire together!"