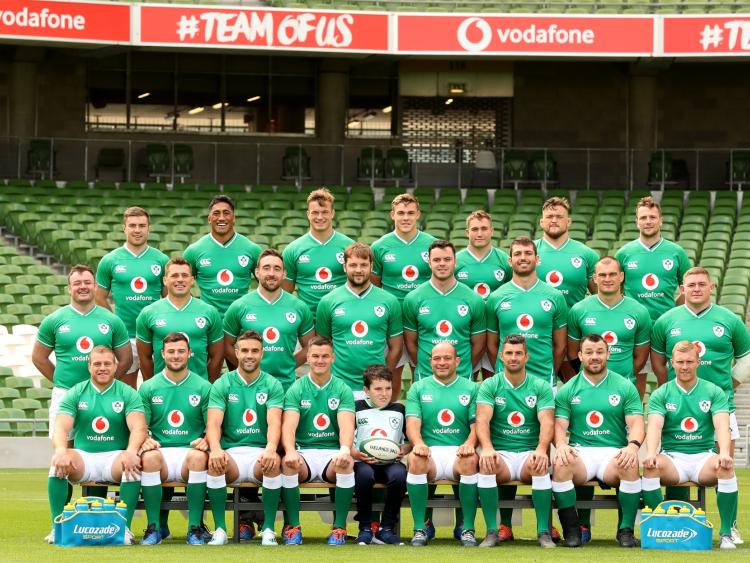 A lucky Offaly boy got to meet the Irish Rugby team to present them with Ireland’s Ball ahead of their departure for Japan, having won a competition through Vodafone.

Eleven-year-old Alex McHugh from Cloneygowan won a competition arranged by Vodafone Ireland, official sponsor of the Irish Rugby team, where one lucky fan got to represent the Team Of Us and hand over Ireland’s Ball to the team ahead of their departure to Japan. In partnership with Gilbert, Vodafone created a world-first ball grip that features the fingerprints of 32 people representing the 32 counties of Ireland.

Alex, who plays for Portarlington Rugby Club, along with his parents and brother Killian, travelled to the Aviva Stadium on Friday for the handover where they met the players, watched the team training and joined them for lunch afterwards. 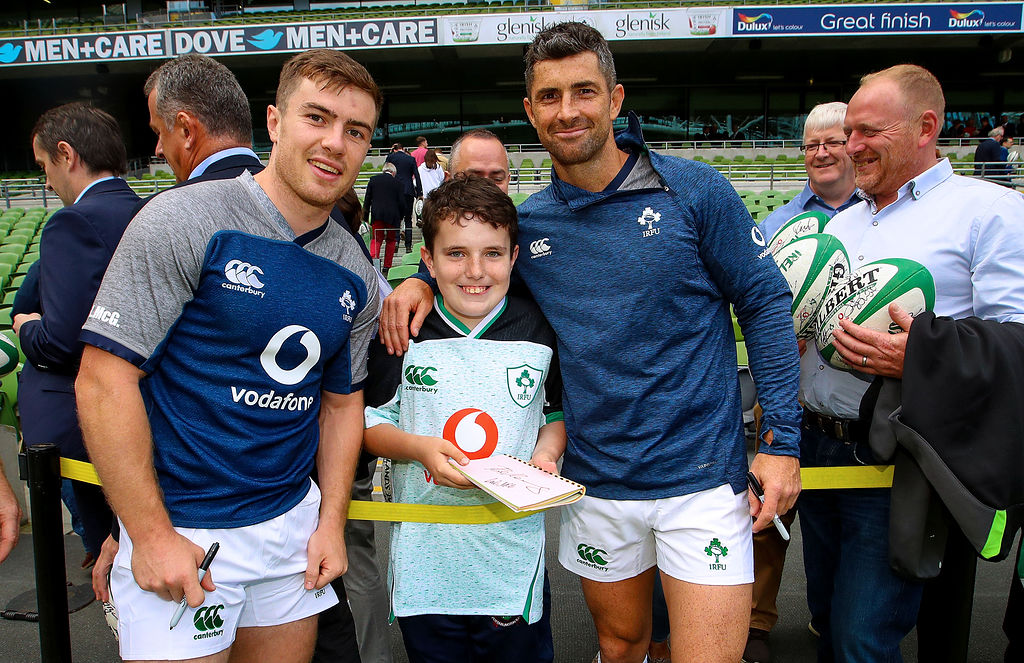 Ireland’s Ball is a unique rugby ball that celebrates the diverse fabric of modern Irish society. The 32 people selected to contribute their fingerprint to Ireland’s Ball represent Irish rugby fans and the #TeamOfUs from every corner of the country.

Representing Offaly on the ball is Rhode footballer and medical student Eoin Rigney.