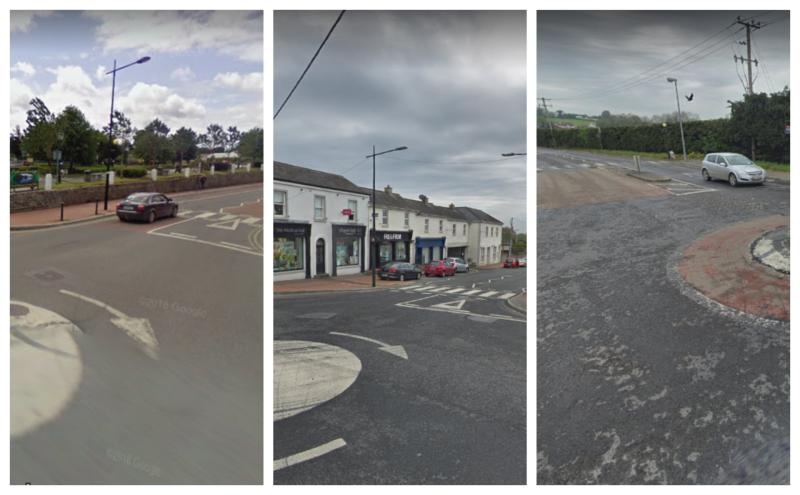 Nine pedestrian crossings in Edenderry have been labelled "death traps" by one local councillor following another road accident in the town last week.

A woman in her 30s was knocked down while wheeling a buggy across one of the crossings on the Carrick Road last Friday, September 6, sustaining serious but non-life-threatening injuries.

The crossing is located a matter of metres from the roundabout at the Bank of Ireland on JKL Street and the accident has prompted renewed calls for all crossings close to roundabouts to be re-located.

There are three crossings, one at each exit, of that roundabout, while a similar set-up is in place with a further four crossings close to the roundabout at the harbour.

The mini-roundabout at the Tesco filling station and Lidl entrance also has two crossings in close proximity.

Locals have been venting their frustration with these safety concerns and say they date back more than ten years when an elderly woman had a lucky escape after being seriously injured at one of the crossings at the harbour.

The woman was dragged a short distance after being struck by a tractor.

Similarly, a couple of years ago, a local resident was struck by a vehicle when on the pedestrian crossing on the Dublin Road, near the Tesco filling station. That woman similarly had a lucky escape, much like the incident last Friday on the Carrick Road and residents are calling for action once more.

One local told the Offaly Express: "That's three near misses now at those roundabout crossings over the years. They're far too close and but for the grace of God, we'd have three fatalities on our hands."

"How long are the council going to wait? Until someone is actually killed? It's lunacy," they added.

Cllr Noel Cribbin also spoke to the Offaly Express on the issue this week and said: "I was contacted by a group who have serious concerns about the pedestrian crossings in the town. They have looked for a meeting with the local engineer which I will be attending to support their concerns."

"The crossings are too near the roundabouts and are a death trap. The accidents prove that. I would like to discuss all the issues with the local engineer to see is there any solutions to improve the safety of pedestrians in the town," he concluded.

Cllr Cribbin expects that meeting to take place between the concerned group, himself and the local engineer "in the next week or so."