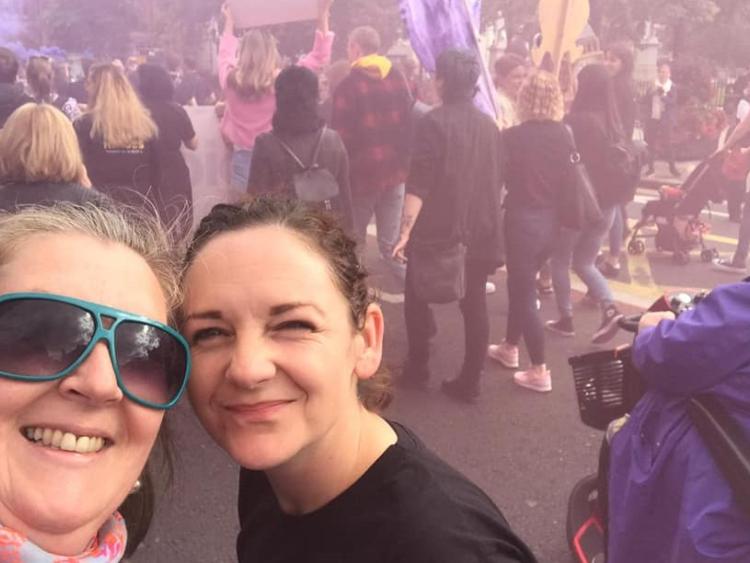 This included a provision compelling the British Government to regulate to provide access to abortion.

Thousands of young people joined the Rally for Choice as they marched through Belfast City to demand “Free, Safe, Legal and Local” abortion care for people in the North of Ireland.

Abortion is still illegal in the North of Ireland even in cases of rape or incest. There is currently no sitting government in Stormont and if the parliament does not reform before October 21, the UK government will begin the process of liberalising laws around abortion and marriage equality.

“We welcome the decision to decriminalise abortion in the North of Ireland,” ARC Offaly member, Charlene Delaney said.

“Abortion is restricted in almost all cases in the North denying residents of NI rights that all other UK residents have had for 50 years," she continued.

“Activists in Northern Ireland were crucial in our own struggle to repeal the 8th amendment and we will not leave them behind now. We have always been an all-island campaign and we will not stop fighting until everyone has access to free, safe, legal abortion care.”

The 8th Annual March for Choice takes place in Dublin on September 28.

“We will be marching under the Offaly banner again this year," Ms Delaney said.

“We have no providers in Offaly signed up to the MyOptions service. We know that there are GPs providing abortion services but they have chosen not to publicly advertise that, and we understand and respect their decisions. However, it does mean that our families, friends and neighbours are still being forced to travel to access care. This alongside the unnecessary three day waiting period causes major barriers to access and this is not what we voted for."

ARC Offaly have organised a bus to the March for Choice picking up in Banagher, Birr and Tullamore and seats are subsidised for anyone who would like to go.

“The most vulnerable members of our society, have as usual been left behind," Ms Delaney said.

"People in low-income families, people with disabilities, migrants and those in Direct Provision are most impacted by barriers to care, we can not leave them behind.”