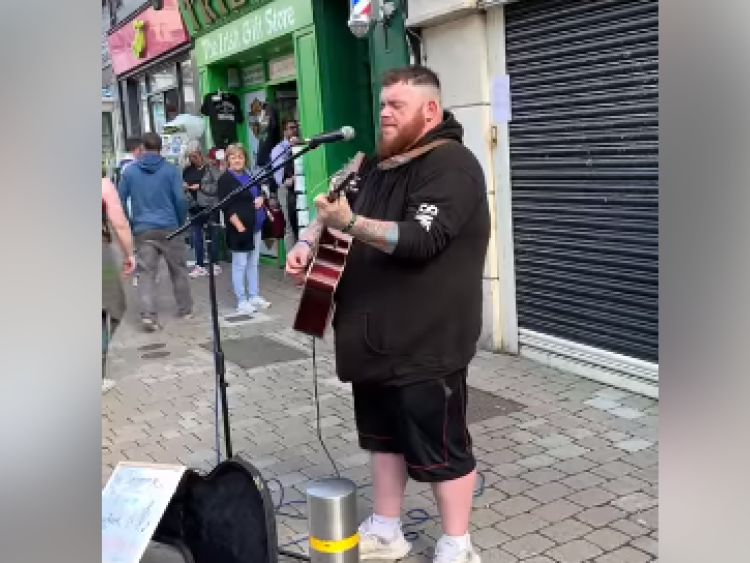 Offaly man Tony Cunningham became a viral hit last week after his busking performance on the streets of Galway.

The Tullamore singer performed a cover of Leonard Cohen's epic hit Hallelujah much to the delighted of hundreds of shoppers in the city's famous Latin Quarter.

The Galway Latin Quarter Facebook page posted the short clip of Tony to their social media channels and it has now amassed over 150,000 views.

Tony's powerful voice resonated with viewers as his clip was viewed around the world.

Scroll back up to watch the clip in full.