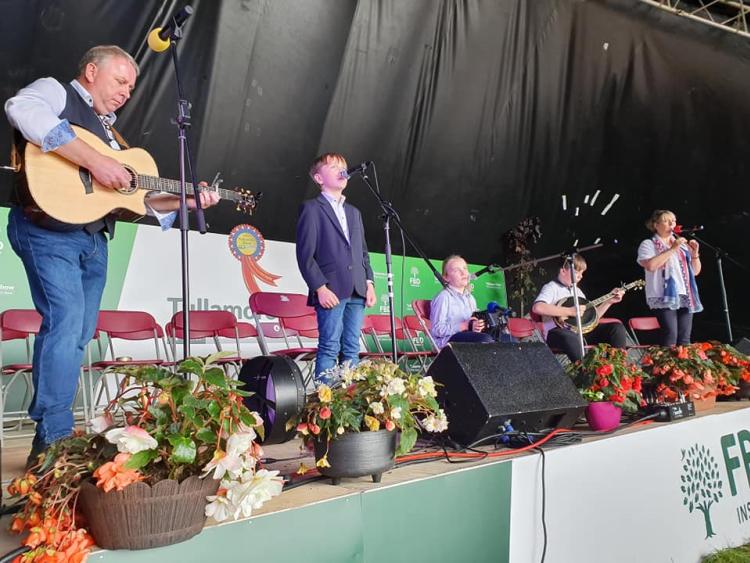 They've already established their credentials as one of the most musically talented families in the country thanks to a multitude of high-profile performances alongside some of the biggest names in Irish entertainment, and next up for The Wrafter Family Band is another trip to the recording studio to add further to their reputation by recording a Finbar Furey original.

There's something of a movie-like quality about the way in which the Wrafters have arrived at such a moment, as Peter; band leader, dad to Conor, Thomas, and Aimee, and husband to Noreen, explained.

"You probably couldn't write it like this if it was a movie, I'll say that first of all. I think a lot of people have heard the story by now, but essentially what happened was we were invited to open for Finbar at a special fundraiser for Trocaire in Leinster House last Christmas. During Finabr's set, he invited Thomas to join him to sing I Remember You Singing This Song, Ma, and sure there was hardly a dry eye in the room at the end of it."

"Fast-forward to March of this year and Finbar was playing here in Tullamore and the opportunity arose for Thomas to sing that same song with him again. And it was during soundcheck the night of that show that Finbar told us he had a song that he'd written, that he wanted to give to us to record with Thomas singing it," Peter explained.

Peter continued: "So we've been working on that song on and off ever since, to make sure that we come up with an arrangement - and the right feeling, too - that does it justice. We won't say what it's called just yet. We'll let that cat out of the bag once everything is all said and done on the recording side of things."

"It's an honour for us as a family to be the ones who bring a Finbar Furey original into the world for the first time. And very exciting as well. So we're heading into the studio this month to get down to business on that, and the plan then would be to release it as our next single - our third at this stage - before the turn of the year. And sure who knows where we might end up getting to play it."