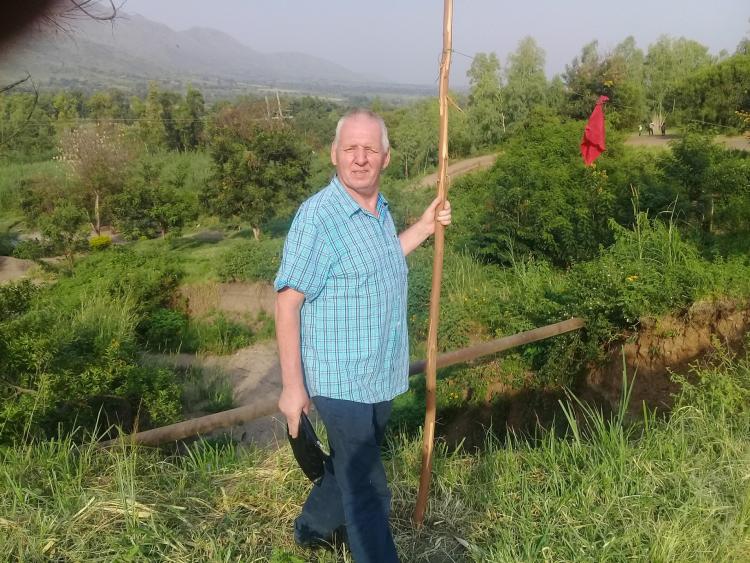 An Offaly man has said he is "disgusted" over the level of support provided to him by the Irish Government during a legal battle in Kenya.

Tullamore native Rory Bracken was arrested and spent 22 days in prison in the African nation back in February on visa-related charges but was cleared in court this week.

Read also: Offaly man cleared of all charges after arrest in Kenya

He had been preaching in the African country with the Testify World Ministries group and had performed ceremonies and healings, attracting thousands of followers and spectators.

He has vowed to take legal action against the Kenyan authorities, saying, "These people have put me through hell. I've been in prison. My wife lost a baby through stress. I've been disgraced all over the; everybody deserted me, but God never left me."

He also heavily criticised the actions of the Irish Embassy and Department of Foreign Affairs during the ordeal, although they insist their level of support was restricted by the fact they could not interfere in the judicial process of another country.

He feels as "a man falsely accused" he was "abandoned" by the Irish authorities. He insists very little support was offered and that some correspondence from the Department was inappropriate.

In correspondence seen by the Offaly Express, a supporter of Mr Bracken campaigned the Department to increase their assistance, suggesting their support was "non-existent."

A Department of Foreign Affairs official refuted this assertion and said: The Embassy has been closely monitoring the situation and has attended court hearings, sent him funds and raised funding for him through the Irish community in Kenya and the Irish Council for Prisoners Overseas, liaised on his behalf with the Law Society of Kenya and taken him for medical treatment and contributed the costs of this treatment."

"As an Embassy, we cannot intervene in the legal process in Kenya and we have tried our best to convince Rory to allow his lawyer to represent him without outburst or accusations as these only serve to undermine each trial hearing."

Rory deems as inappropriate a comment referencing his family and friends sent from the same Department official to one of his supporters. The comment read: "None of Rory’s friends or family has come to Kenya to assist with him so we have done what we can."

They went on to say, "It is therefore unfair and untrue to accuse us of non-existent support."

Another piece of correspondence from the Irish Embassy in Nairobi to a supporter of Mr Bracken read: "While the Embassy of Ireland in Nairobi is happy to provide Mr Bracken with consular assistance and has been doing so since the beginning of February 2019, it cannot interfere in the judicial system of its host country."

The Department insists it provided personal support to Rory "within the parameters of the bilateral agreement between our two countries under which we have to operate as an Embassy in our host country of Kenya."

Rory has not made any plans for his immediate future, suggesting he has to be "very careful in Kenya" and that he may return to Ireland or move to Uganda.