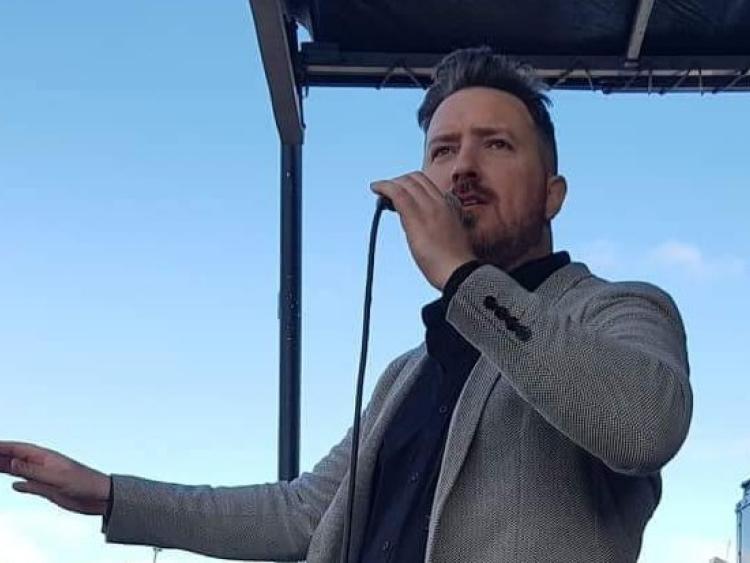 If it's country music you're after, then there's only one destination to set a course for a couple of Sundays from now, and that's Cloghan sportsfield for the St.Rynagh's GAA Club's Country Jamboree.

The event will take place on Sunday, August 25, and the organisers have gathered together some of the finest Midlands-based country entertainers on the scene.

The line-up features a brilliantly balanced combination of legends, established names, rising stars, and newcomers, too. One man who has long since taken up residence in the legend category is T.R. Dallas the man who once asked the all-important question of Who Shot J.R. Ewing? and still charms fans far and wide, in Ireland and abroad.

Also taking to the Jamboree stage will be one of the stars of this year's Glor Tire TV show on TG4, the one and only John Molloy. The Don't Tell Me What To Do singer has become one of the most popular voices on the social dancing circuit over the last few years, with his performances on Glor Tire cementing his place as a showman with the gift of always connecting with his audience. If the inclusion of a jiving competition as part of the day's fun wasn't enough to tempt everyone's best dancing shoes out of the closet, then the news that John will be there should certainly do the trick!

Banagher man Colin Kenny, now based in Borrisokane, has emerged as one of the most easily identifiable new artists on the country scene over the last number of years, and for a number of reasons. Primarily, his unique voice, which has seen him share stages with country greats such as Mike Denver, but also pop icon Tony Christie, and trad and folk kings The Fureys.

But Colin has also shown his skill as a songsmith of late, with his own The Best Song of All Time, I'm A Country Singer, and Let's Step Together marking him out as a writer in the mould of Derek Ryan. Colin was presented with the Gene Stuart Music Award at this year's Hot Country TV Awards.

Being a Rynagh's man himself, Colin is naturally looking forward to August 25, and performing before a home crowd. "Yeah, listen, anytime you get the chance to do something back in your own hometown, it feels a little bit special, ya know. It's only natural, I suppose," Colin said.

"And when it's for a cause like the GAA Club, then it actually means that bit more to me because I was lucky enough to wear the Rynagh's jersey many a time in my younger days. We're getting near the end of the summer season now, so it will be lovely to finish it off in my own home place, give or take the few miles between Banagher and Cloghan."

One of those other acts Colin referred to is newcomer Bianca, whose flair, enthusiasm, and gorgeous voice has been earning her admirers every time she steps behind the mic. And we're pretty certain the Country Jamboree is sure to continue that trend. Also performing on the day are the fabulous Blue Ridge Country band who will back all of the artists, Deirdre Kane, and Rock-On Paddy.

The Country Jamboree takes place in Cloghan sportsfield on Sunday, August 25. Admission is just €15, with under-12s free when accompanied by a parent or guardian. There will be a covered marquee and a dancefloor. BYOB.