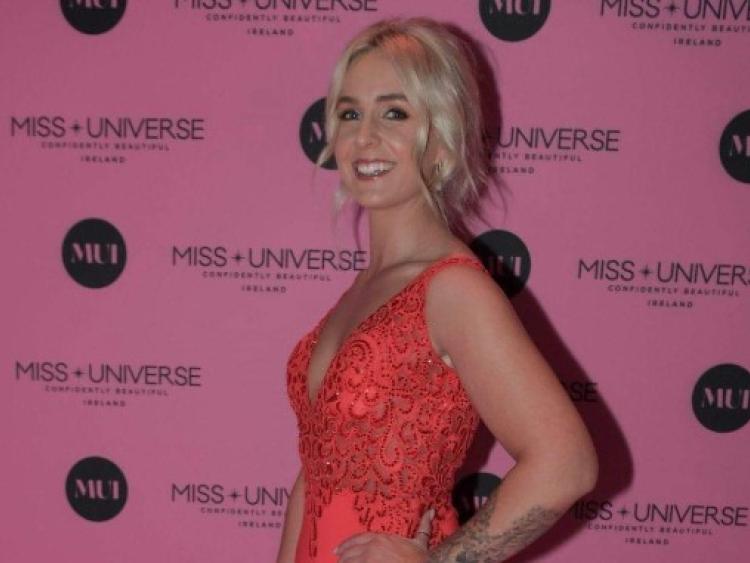 Offaly soprano Yyonne O'Toole sparkled on the red carpet and wowed on stage at last week's Miss Universe Ireland 2019 Final Show in the famous Round Room at Dublin's Mansion House.

As the evening began, Yvonne looked simply stunning in a spectacular red dress from Brummell & Co. in Athlone and a selection of Bronzallure jewellery from Cahill Jewellers in Tullamore, for whom Yvonne recently became a brand ambassador.

Yvonne was one of just two musical guests invited to perform during the event which was live-streamed to tens of thousands all around the world on Facebook, as Miss Universe Dublin Fionnghuala O'Reilly, a NASA analyst, took over the role of Miss Universe Ireland from last year's winner, Grainne Gallanagh.

For Yvonne, the opportunity to take to the stage for a worldwide brand - and one which has been undergoing a major upsurge in fortune under the dedicated leadership of director Brittany Mason over the last three years - was one she was delighted to accept.

"I've been following Grainne on her social media over the last year, so I was well aware of the great job she was doing as an ambassador for Ireland everywhere she went, and in everything she did. She's really become an inspirational figure for so many women here at home and I think all over the world, too."

"And not just women, either, to be fair to Grainne. She's the kind of person that everybody loves straight away. I met her for the first time at the dress rehearsal and soundcheck on the morning of the final. She came over to me and said, 'You must be Yvonne', and she was just so, so friendly and warm, she was like someone I'd known for years. Just so lovely. But yeah, when Brittany first got in touch and invited me to be a part of this year's final show, it was such an honour for me. And I was very grateful to accept her invitation."

While the Birr woman may well be a classically trained soprano, she showed all the experience garnered from almost two decades of singing to beautifully and emotionally bring to life three songs, some of which, wouldn't normally have been in her set-list. But much like Grainne and Fionnghuala, Yvonne has never been one to shy away from a challenge.

"Brittany had a couple of songs in mind that she really wanted to be part of the whole production, 'Thursday' by Jess Glynne, and 'This Is Me' from The Greatest Showman. Because I have a strong background in musical theatre, 'This Is Me' was fine, that's one I could take on without too much worry! 'Thursday', though, and 'Stand By You' by Rachel Patten which became the third song we decided on, they were ones that I wouldn't normally find myself singing. But brilliant songs. So the challenge for me was to take on those songs and to make them mine for the night on such a big stage. And I'm so happy with how everything went. It was definitely the biggest show of my career to date, and a night I know I'll remember for a very long time."

Yvonne will host her own solo concert, An Evening of Elegance & Enchantment, in Charleville Castle, Tullamore on October 12. This very special event will be a fundraiser for the castle. Tickets are €15 and are on sale now on Eventbrite. For more information on Yvonne, check out her official website, www.yvonneotoole.com.