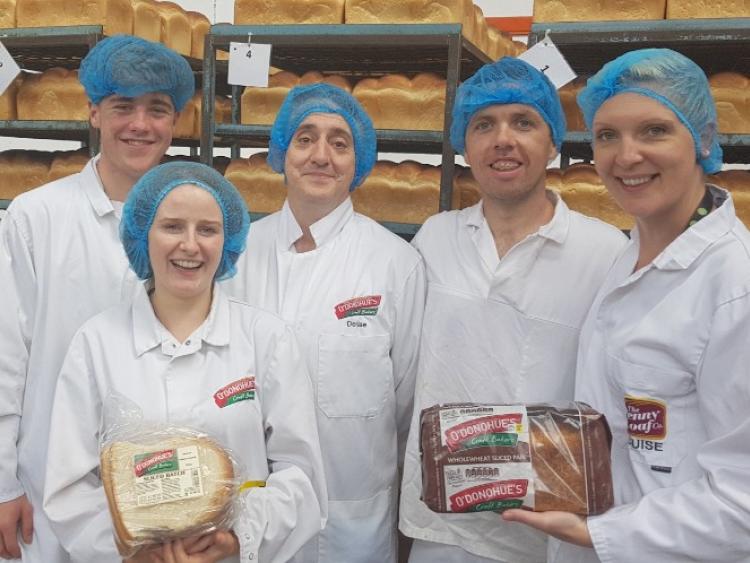 O’Donohues Bakery in Tullamore is celebrating this week after picking up two prestigious Great Taste Awards for 2019.

This week, Great Taste, the world’s largest and most coveted food and drink awards, announced its winners for 2019. Out of almost 13,000 entries sent in from countries all over the world, local Tullamore craft bakers O’Donohues Bakery won two
awards for their entries.

O’Donohues Bakery, who are also celebrating 30 years in business this year, were awarded stars by the judges for both their Batch Loaf and Wholewheat Sliced Pan.

Louise O’Donohue spoke on behalf of the bakery; “We were all so delighted and proud when we heard the news. It’s a great achievement! We’ve a fantastic team of talented bakers who take great pride in their work and winning this award is testament
to that.”

The judges, who are made up of selected chefs, food critics, buyers, restaurateurs, writers, and fine food retailers, were impressed with O’Donohues products, describing them as a “beautiful bake and excellent crust."

Many commented on the large size of the O’Donohues Batch Loaf and the “lovely spring to the crumb in the centre."

While others who tried the O’Donohues Wholewheat Sliced Pan mentioned that it was “a well-baked loaf” with “good flavour."

It is instantly recognisable by its signature black and gold logo, which acts as a well-trusted signal of high quality and excellence within the food and drink industry. This year over 500 judges took part in the thorough process of blind-tasting food and drink for more than sixty days.

All branding and packaging is removed from the food and drinks to ensure fair non-biased results. The judges look for products with a remarkable taste, high quality ingredients, a nice texture and a great overall appearance, which is what they found in
O’Donohues loaves.

O’Donohues Bakery is a family run business that was re-established by husband and wife duo, Cathal and Frances O’Donohue, in Tullamore back in 1989. The bakery has grown significantly since then and now supplies fresh bread six days a week to many leading supermarkets and independent retailers across Ireland.