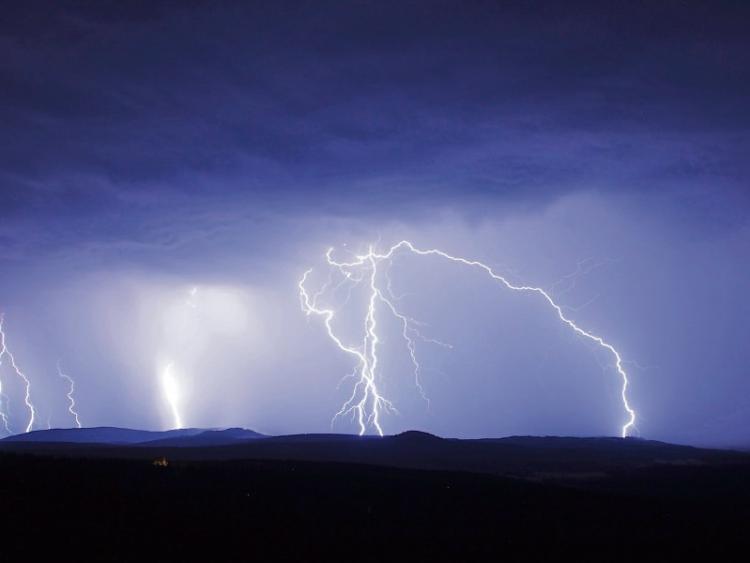 WEATHER FORECAST: Heavy thunderstorms in the forecast for this evening and tonight

There are heavy showers and thunderstorms in the weather forecast for this evening and tonight according to Met Eireann.

The weather forecast for Ireland from Met Eireann states that heavy showers and thunderstorms will continue to spread from the west this evening. Some of the showers potentially of hail. Local downpours in a short period of time particularly over the western half of the country will lead to flash flooding. Hazardous driving conditions expected. Highs of 18 to 23 degrees in light to moderate southeast winds which will be fresh to strong and gusty around showers and on south and east coasts.

The weather forecast for tonight is for heavy showers with thunderstorms mainly over Leinster and Ulster will finally die away later tonight. It will become generally clear later in the night apart from a few showers along Atlantic coasts. Patches of mist and fog will form as winds fall light. Lows of 10 to 13 degrees.

Dry and bright in the east at first on Monday but scattered showers will occur over the western half of the country. The showers will become widespread through the course of the afternoon and evening, some of the showers heavy with the risk of thunderstorms. Some bright or sunny spells between the showers. Highs of 17 to 20 degrees in moderate southwest breezes which will be fresh to strong and gusty around showers and on coasts.