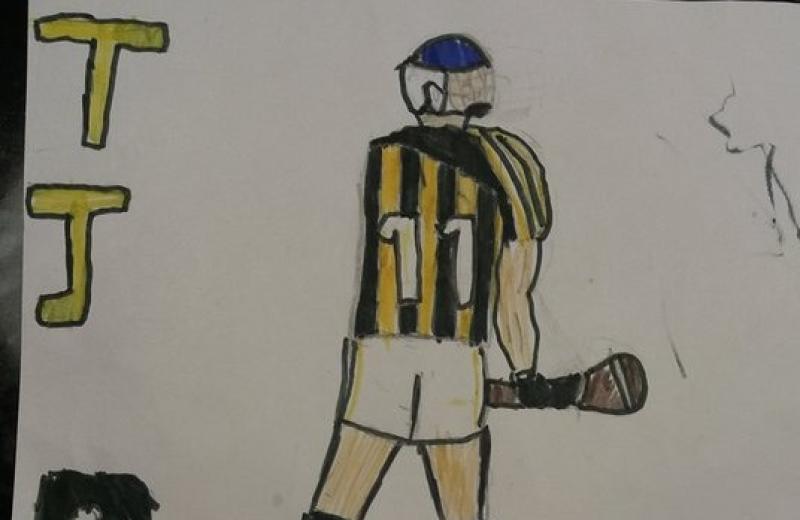 An Offaly boy has nailed his colours to the mast for the upcoming All Ireland Senior Hurling Final by sending brilliant well wishes to his hurling hero.

Nine-year-old Peader Ryan from Drumcullen calls himself TJ Reid's biggest fan and he has sent a good luck message with a portrait to the Kilkenny hurler and some very important advice. 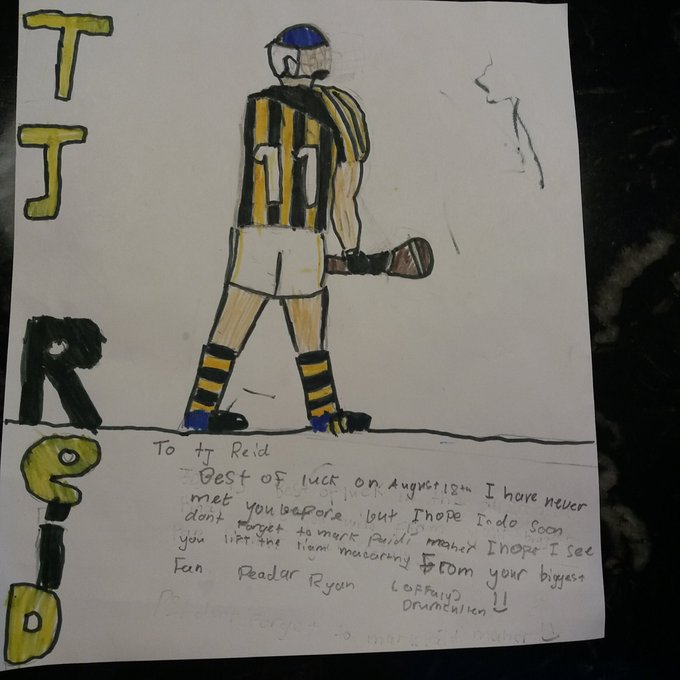 The message reads: "Best of luck on August 18. I have never met you before but I hope I do soon. Don't forget to mark Paidi Maher. I hope I see you lift the Liam MacCarthy Cup. From your biggest fan, Peader Ryan."

Hopefully TJ Reid will get Peader's message and heed his advice and all of Kilkenny, and others besides, will be hoping that the young Offaly man gets to see his hero lift the Liam MacCarthy Cup.