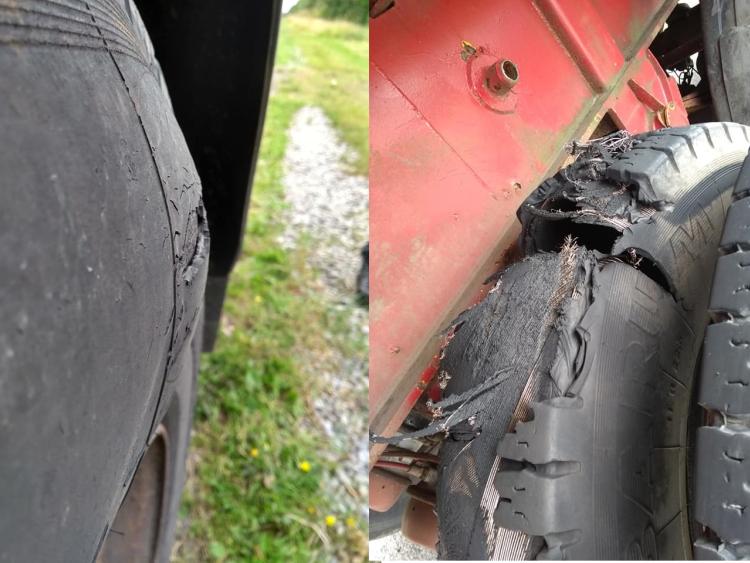 A motorist in Offaly is facing a fine after being caught pulling a trailer with badly damaged tyres.

The vehicle was stopped in Tullamore by the Divisonal Roads Policing Units Laois and Offaly.

Photographs on the Laois Offaly Garda Siochana page on Facebook show the extent of the damage to the tyres. It also states that the matter was subject to a fine.

The stop was part of a Day of Action which took place on Tuesday, July 23 highlighting the importance of Tyre Safety. The operation was conducted by An Garda Síochána in conjunction with the RSA.