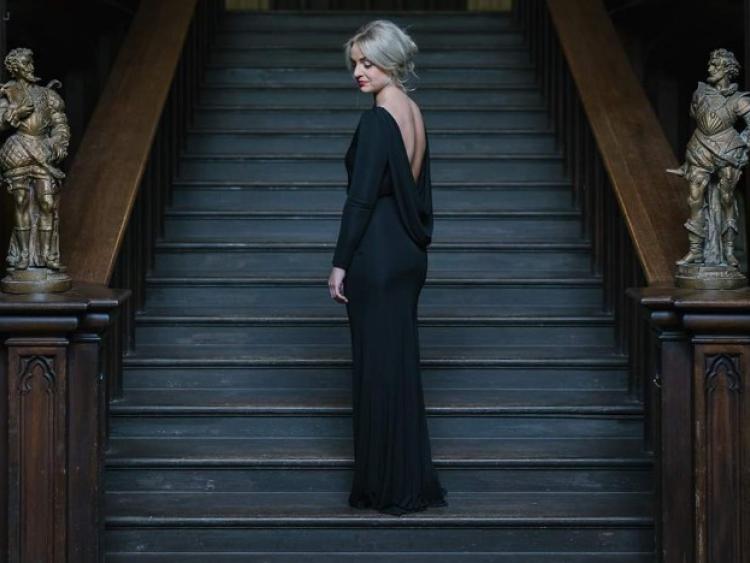 Hot on the heels of being announced as one of the musical performers at this year's Miss Universe Ireland Final in the Dublin next week, Midlands soprano Yvonne O'Toole has officially revealed the details of her very own solo concert in the Grand Ballroom of Charleville Castle in Tullamore.

The Birr singer, backed by a string-quartet and with a harpist as her very special guest, will host An Evening of Elegance and Enchantment at Charleville Castle on October 12 as a special fundraising event for the historic building.

Speaking earlier this week, Yvonne said,"I'm delighted to finally reveal some more of the details for my concert in Charleville Castle. It will be taking place on October 12, which is a Saturday, with doors opening at 7.30pm and the show commencing at 8pm sharp. It's going to feature myself, backed by the most wonderfully talented string-quartet, which we'll be telling everybody much more about closer to the date. I'll be performing a selection of songs that I've really put my heart into choosing, because I feel they all represent different forms of music that I love, so different sides to my own personality as well."

Yvonne continued, "As I'm a soprano, there'll be some classical pieces that a lot of people will be familiar with, songs like 'O Mio Babbino Caro.' But from my time as a Bunratty entertainer, I also have a deep appreciation for so many of the traditional Irish songs and ballads, so the audience can expect to hear 'Grace' and some more like that, too.

"In the last few weeks, people might have seen or heard a song I released a video for called 'Angel Maria.' That was a fusion of one of the most beautiful love songs of the last few decades, 'Angel' by the Canadian singer/songwriter Sarah McLachlan, and one of my favourite hymns, 'Ave Maria.' I want to give my interpretation of some more contemporary numbers as well, so I think 'Angel Maria' will be heard on the 12th. And there's a version of 'Dreams' by the Cranberries that I'll be doing too, another really beautiful song. So it's an evening that will definitely have some variety involved."

The event is being billed as 'An Evening of Elegance & Enchantment', and Yvonne explained why.

"Well, when you take a look around Charleville Castle, it's really a sense of elegance and enchantment that transcends every other feeling, I think. The first time I walked into the grand ballroom, it was like walking into a scene that was straight out of a movie, or out of a fairytale! It was just so breathtaking. So because of that, and because of the set-list that I'll be performing on the night - a collection of songs where every single one is gorgeous in its own right anyway - it always just felt right that elegance and enchantment should be what the night is all about. I really believe that with a location as beautiful as the grand ballroom in Charleville Castle, and with the songs that I've chosen to perform, and of course, with the fabulous musicians I'll have accompanying me, that this will be an occasion the audience will really enjoy, and I hope, remember for a long time."

Yvonne has always believed it's very important to use her talent to give something back to society when she can, which is why she decided to host 'An Evening of Elegance & Enchantment' as a fundraiser for Charleville Castle.

"Absolutely. I think we're so lucky to have this amazing and historic building right here in the heart of the midlands. And it's basically all volunteers who are keeping things going. So if we can help take a little bit of the weight off their shoulders for a little while by organising a night where people can also hopefully have a lovely musical experience, then why not? It can be an everybody wins situation, I think. Tickets will only be €15 when they go on sale so we hope we can look forward to the company of as many music lovers as possible from around the midlands, and even beyond."

Yvonne concluded, "Tickets will be on sale from Monday, August 5th, the week after the Miss Universe Ireland final in Dublin. They'll be available online through Eventbrite, while physical tickets will also be available from a number of selected outlets. We have an event page on Facebook where people will be able to find all of this information when the time comes. And it will all be available through my own website as well."

Tickets will be available through Eventbrite, and from selected outlets. All of this information will be available on the 'An Evening of Elegance & Enchantment' event page on Facebook, and on Yvonne's official website, www.yvonneotoole.com