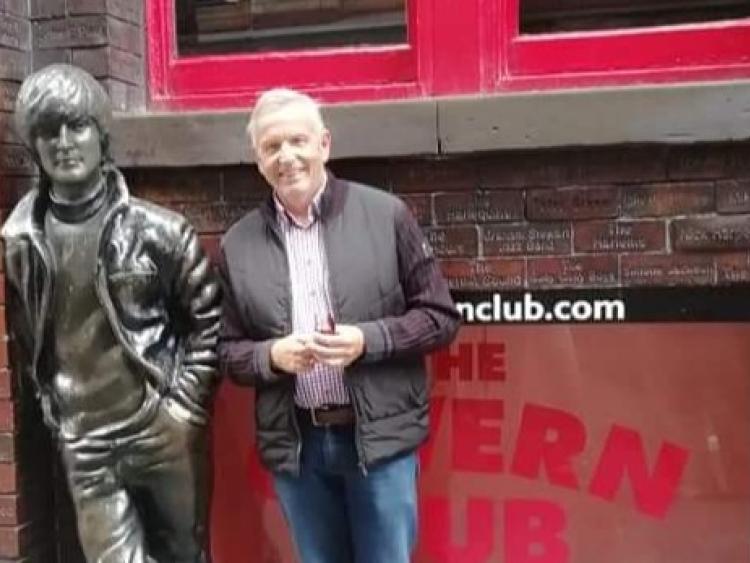 Offaly crooner performs at the home of the Beatles in Liverpool

Ireland's crooner supreme, Dave Lawlor, made a little piece of personal music history recently when he sang at the famous Cavern Club in Liverpool, considered by most fans to be the spiritual home of the Beatles.

The Tullamore man is the star of the new show 'A Salute To The Crooners,' and while the production has had several performances around Ireland already, Dave has been on a well-earned little break of late, taking in a cruise around Iceland and the Faroe Islands. And, of course, taking to the stage in the process. Dave's renditions of some of the biggest crooning standards of all time won him instant affection from his fellow seafarers.

However, it was when he got his feet back on dry land that the chance to stand on the same stage as the Fab Four presented himself. A keen student of musical history, this wasn't an opportunity Dave was likely to let slip through his fingers, as he explained.

"We got back to Liverpool after the most wonderful time on the cruise, and really, for any music lover who finds themselves in that part of the world, what are you going to do? You're in the backyard of the Beatles, aren't you, so the Cavern Club has to be on your to-see list."

"And it was certainly on mine. While we were there someone who knew I was a singer myself asked if I'd like to sing, and of course, the answer to that was yes. And what a wonderful moment it was to experience, too."

~ You can enjoy a clip of Dave singing in the Cavern Club by visiting the official 'A Salute to the Crooners' Facebook page.