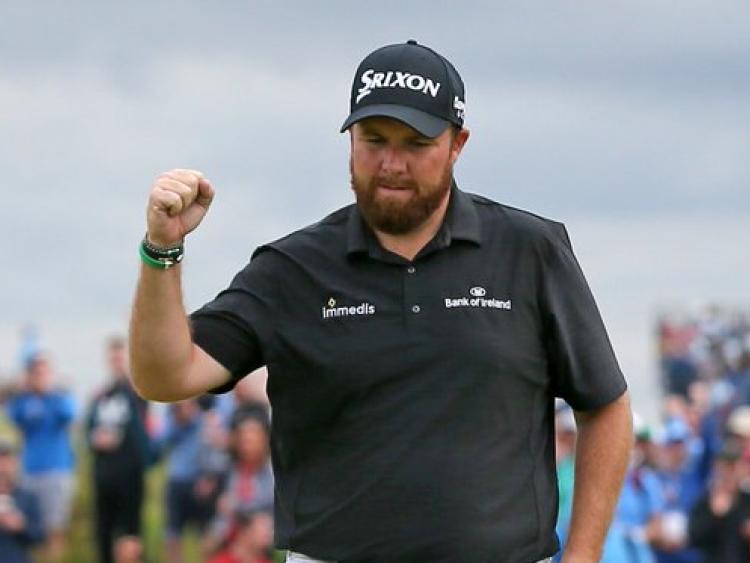 Shane Lowry has won the Open Championship with six shots to spare over the field.

He shot an excellent one over par final round in atrocious conditions to finish on 15 under par.

And it's no surprise that Twitter has exploded with messages of congratulations for the Offaly man.

What a performance, what bottle, what skill! He won it yesterday with a master class and just had to hold his nerve today... Unbelievable performance and no more than he deserves! Won't be his last Major! Mark my words! Up @ShaneLowryGolf Up Offaly! Up Ireland! #TheOpen pic.twitter.com/S0aGeCjdsM

Brilliant win for @ShaneLowryGolf UP Offaly!

Shane Lowry’s interview post-Claret Jug presentation... “I can’t WAIT to wake up tomorrow morning.” Going straight on my Top Sports Quotes list. What a win. What a guy. #TheOpen pic.twitter.com/YYiT0EUhXI

Working on it. Come and see us in @visitoffaly sometime. Some man for one man #LowryAbu #TheOpen #proud

Impossible not to smile back at him. The most likeable of sports stars and he is a star. Ole, Ole, Ole! #TheOpen pic.twitter.com/YZYbN33RbF

Congratulations @ShaneLowryGolf no one deserves it more #TheOpen

Wow. This is emotional. Good boy Lowry.Composed and ruthless...Enjoy sinking a few dozen.

Talk to ya later folks we are gonna PARTY!!!! #TEAMLOWRY

So deserved...well done Shane. May the Irish drain Ireland of guiness tonight in helping you celebrate. Keep smiling Shane

Sport speaks all languages & to all, as it brings people together, but Irishman @ShaneLowryGolf winning the @TheOpen on the island of Ireland is perhaps the greatest single unifying force in the history of sport on an island that time & time again punches way above its weight.

I don't think there will be a more popular winner of the open. Class from, @ShaneLowryGolf

I don't know a whole lot about golf but I do know one thing, Shane Lowry will never have to buy another Guinness in Ireland ever again in his life.

Congratulations Shane Lowry.
The greatest ever achievement by any Offaly sportsperson.

Wow, what a feeling that must be. And what a performance. Congratulations @ShaneLowryGolf ⛳️

And breathe .... Congratulations Shane - what a victory.
What a smile.
What a winner.
@ShaneLowryGolf pic.twitter.com/0Ikr2e0lJD

Congratulations to @ShaneLowryGolf on winning The Open Championship. A truly wondrous and seemingly nerveless performance in front of his home supporters. Incredible scenes. What a triumph. What a day for Ireland. Well played.

Congratulations to @ShaneLowryGolf on winning The Open Championship. A truly wondrous and seemingly nerveless performance in front of his home supporters. Incredible scenes. What a triumph. What a day for Ireland. Well played.