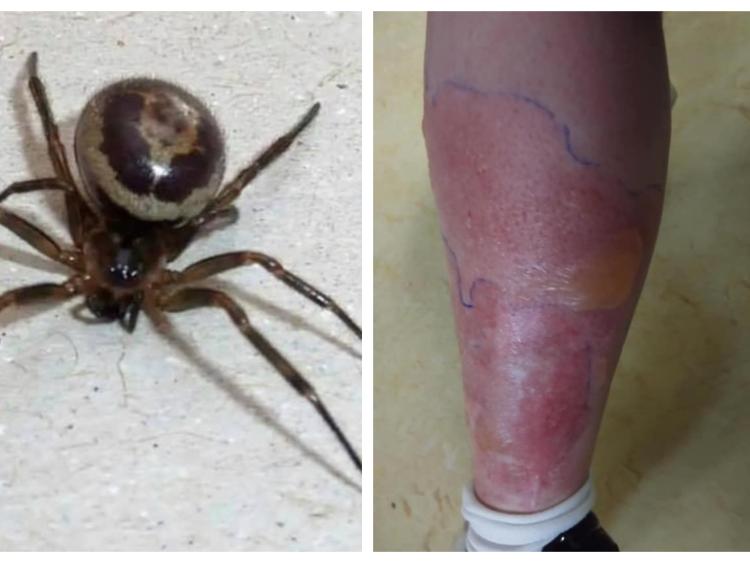 Woman hospitalised for a week after False Widow spider bite

A Waterford woman has spent almost a week in hospital after sustaining a number of bites from a Noble False Widow spider.

Experts say the Noble False Widow is the only species of spider capable of inflicting a medically significant bite in the Northern Hemisphere.

A bite from this spider can cause intense pain, redness of the skin and even blood poisoning in severe cases. Experts now believe the dangerous breed of spider to be in 18 counties in Ireland with the highest concentration along the east coast.

The concern hit Waterford this week with news that Ferrybank woman Marian Condon had to spend six days in University Hospital Waterford following a bite.

The incident happened in Maria's sitting room at home when the spider found its way up the leg of her jeans.

"When I felt it bite the first time I pulled up my jeans and it bit again then again before it fell to the floor and played dead," Maria recalled.

She collected it in a bottle so that it could be identified and she says she was told by staff at UHW that it was in fact a Noble False Widow.

Maria says the spider itself "lasted the week in the bottle alive with no food or air. I left it with the doctor in A&E."

"They are all over the place," she said.

Maria noticed increasing pain in her leg following the bite before being admitted to hospital with severe redness and blisters in the area.

She left the hospital after six days and is recovering at home.