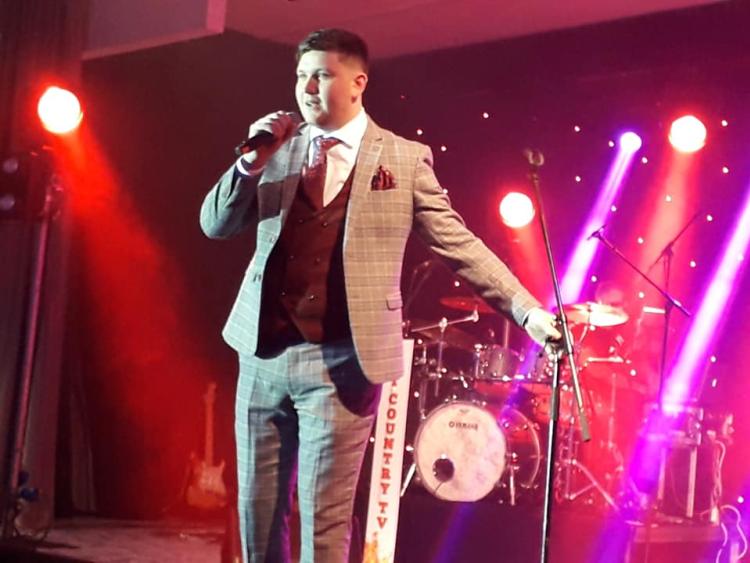 Summer is all set up to heat up - at least on the country music scene anyway - as young Offaly star Alex Roe is set to release his long-awaited new single at the end of the month.

In The Middle, originally from American singer/songwriter Rodney Atkins, will be available on all digital platforms from Friday, July 26. Speaking about his choice of this song for his latest single, Roe explained that he knew this was the song he'd been looking for as soon as he heard it the first time.

"To be honest, and I've said this before, the plan was to have another single out well before now. And I'd actually been back in the studio and recorded a couple of songs, and even started work on a couple more. But deep down I just wasn't happy with them. I thought I'd picked the right one each time, but then a little bit of doubt would creep in and it wouldn't go away."

"So we just hit the pause button on things and kept looking around for more songs. I knew the next single had to be right, so I didn't mind taking a little longer to make sure it was. When I heard 'In The Middle' for the first time, I knew the search was over."

"I was straight on the phone to my manager and told him I was sending him on a link I needed him to listen to straight away. He didn't even need to listen to the full thing before agreeing with me. And from there, it's all been smooth sailing. So biding our time was the right thing to do. Sometimes the waiting can be frustrating, but it'll be worth it now."

And the Clara man will have some high-profile opportunities to perform 'In The Middle' in the coming weeks, beginning at the Monaghan Town Country Music Festival next Saturday (July 20) where he'll be making a double appearance.

"That's right, I'm on-stage first at 3pm in the afternoon, then back again at 7.30pm that evening as support for Jimmy Buckley. So that's going to be a busy day, but I'm really looking forward to it. There's a great line-up on the festival between the Thursday and the Sunday, with Mike Denver, Michael English, and Patrick Feeney also taking part."

"And I'm back playing the Canal Quarter Festival at Hugh Lynch's in Tullamore on August 15, when I'll be supporting the Wolfe Tones. So 'In The Middle' will definitely be getting an outing both of those occasions."