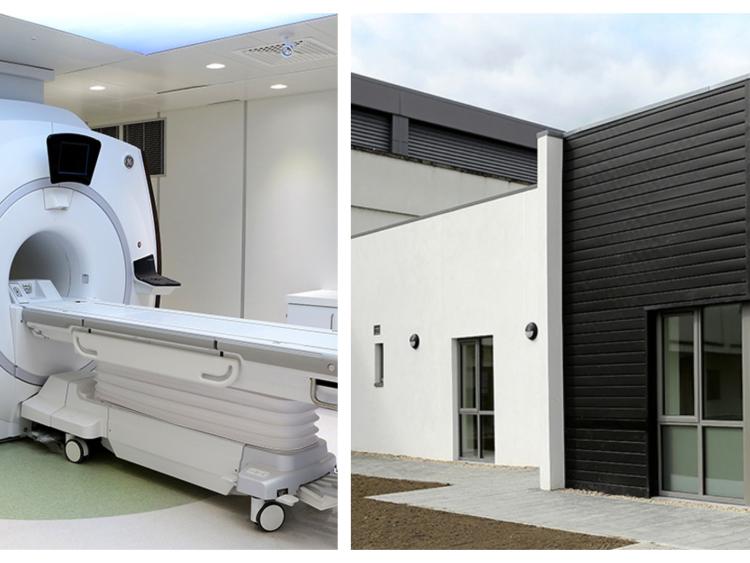 16,000 people are currently waiting for a MRI scan in the Dublin Midlands Hospital Group, of which Midland Regional Hospital Tullamore is a part.

The figures have come to light in the same week the Offaly Express revealed that a state-of-the-art MRI scanning unit is currently out-of-use at Midland Regional Hospital Tullamore due to the failure to hire two key staff members.

The waiting list numbers obtained by Fianna Fáil’s Stephen Donnelly, show that 4,919 people are waiting more than 18 months for an MRI in the area. The figures are accurate until the end of March 2019. Not all 16,000 patients are waiting for scans in Tullamore.

An anonymous source expressed concern to the Offaly Express this, saying that the new facility, built at a cost of €4.6 million and completed in 2017, is "lying dormant" due to the failure of the HSE to approve funding for the new employees.

"Waiting lists for MRI services are extremely long, and when the new unit was built and opened a couple of years ago, it was great for the town, but now the HSE has it closed basically on the basis of two jobs," they said.

They claim the HSE "has turned around last minute and refused to release the funding" needed. "I just think it's disgraceful for the town that this fully functional and top class facility is closed. It would be a great asset to the town."

"People are waiting years and years for MRI scans and are suffering because of it. The cost of the two jobs is a drop in the ocean for the HSE," our source remarked.

It's understood the new MRI unit, which was built along with an extension to the existing x-ray department at Tullamore Hospital, needs two administration employees to bring it into use. It has been used in the past two years but is now not fully operational.

The Offaly Express has learned that staff within the hospital have already been trained to use the new equipment. It was built by the Elliott Building & Civil Engineering Group over the course of 11 months and handed over to the HSE in April 2017.

It is attached to the side of the existing X-Ray & CT department at the hospital and below the operating theatres.

An official spokesperson for the Midland Regional Hospital Tullamore and the Dublin Midlands Hospital Group confirmed to the Offaly Express that the unit has been fully completed but is currently unused.

They responded to the closure concerns: "The delivery of the new MRI scan remains a key priority for the Midlands Regional Hospital Tullamore and the Dublin Midlands Hospital Group."

"The hospital group is working with the Acute Hospital Division to ensure our budgets are in line with service plan levels. In this regard, the HSE nationally are requesting that all new posts go through national directorate approval processes before any new staff can be put on the payroll."

"While we await the recruitment of key staff for the new service, the existing MRI service continues to be available," they said.

"The Dublin Midlands Hospital Group expects to continue to develop services and grow its workforce in 2019, however, we must do so in a way that is planned and affordable," the hospital told us.

No timeline was provided on any possible future recruitment process.

Responding to the possible knock-on effects on patients and waiting times, the spokesperson said the existing MRI service in Tullamore Hospital continues to operate, adding that patients and GPs are using this service so, therefore, "there is no impact."

It is estimated, using HSE pay scales and grades, that the posts required would cost in the region of €60,000 annually. It is unclear whether or not additional HSE or central funding is required to bring or keep the facility into operation.

A concerned source said patients have to be impacted by the fact they can't avail of a "brand spanking new" state-of-the-art facility. "The new unit was built for a reason, to improve the services available, so the fact it's not being used is clearly having an effect."

"It means people waiting on a public waiting list will have to wait even longer. That's the reality of it," they added. They claimed current MRI services at the hospital can't keep up with demand.

The Offaly Express also contacted the Department of Health for comment on this situation but a spokesperson directed us to the HSE.