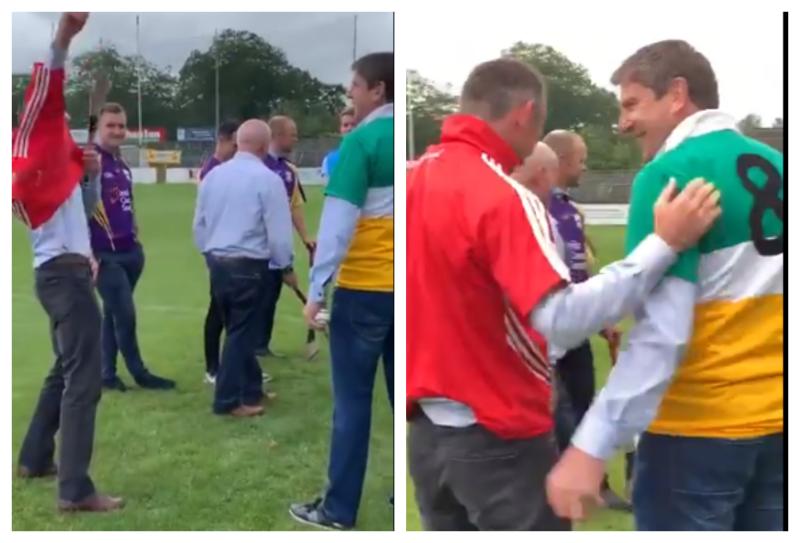 The Offaly hurlers had some great battles in the late 1990s and early 2000s.

They beat us in 1999; we beat them in 2000. It was an epic period for hurling and both teams were right at the centre of it.

Now, one of the best players of the late 1990s, Michael Duignan, has renewed the rivalry, but it's all for a great cause.

The pair exchanged words as Davy jokingly accused Duignan of hating Cork as he slipped on the red and white.

They then embraced as Duignan and other hurling legends imparted their skills on the participants from other sporting codes.

The event is always popular as the worlds of horse racing, GAA and entertainment come together to race money for cancer charities.

You can find out more on the Hurling For Cancer social media channels.