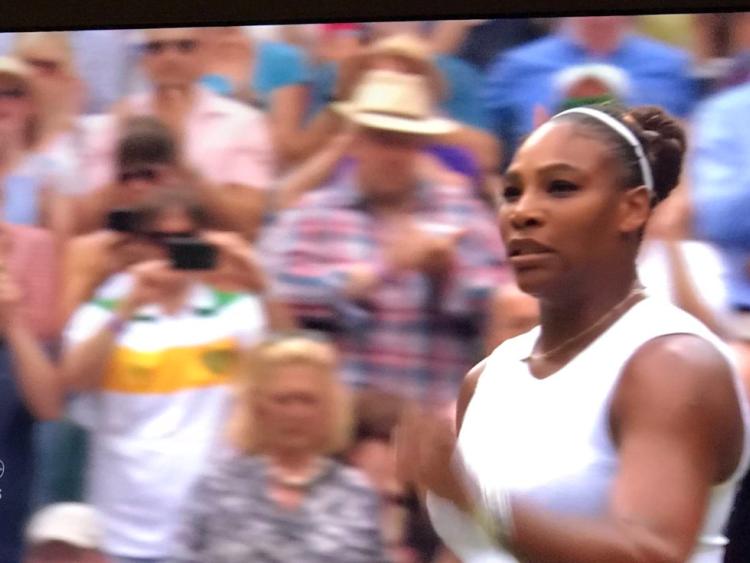 Offaly GAA jerseys have a habit of turning up in random places, from the US Masters to obscure Netflix documentaries.

Now, it has made yet another appearance at Wimbledon.

Eagle-eyed Twitter user Darren Hennessy (@Darrenhenno) spotted the 1982 replica jersey, released earlier this year, on one of the people in the crowd at the famous tennis tournament.

We have to say, the jersey looks as good on the lawns of SW12 as it did in Croke Park all those years ago on the backs of the likes of Seamus Darby and Matt Connor.