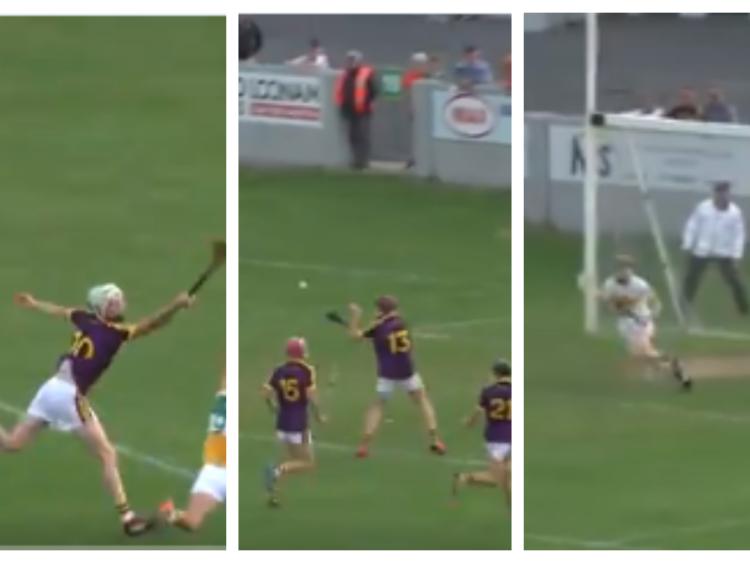 WATCH: Offaly U20 goalkeeper pulls of wonder save in Leinster clash with Wexford

Offaly may have been defeated by Wexford in the U20 Leinster semi-final this week but it wasn't for the lack of goalkeeping talent from Eamonn Cleary.

With Offaly chasing the game late on, the defence left huge gaps, and with just minutes remaining, the Shinrone stopper faced a wall of Wexford forwards close to goal.

Some save from Eamonn Cleary!

A succession of Wexford handpasses saw the ball land in the hand of Sean O'Connor who fired from close range only to be denied by a fearless Cleary.

Offaly ultimately did concede another goal late on as they left themselves open by attacking in huge numbers.