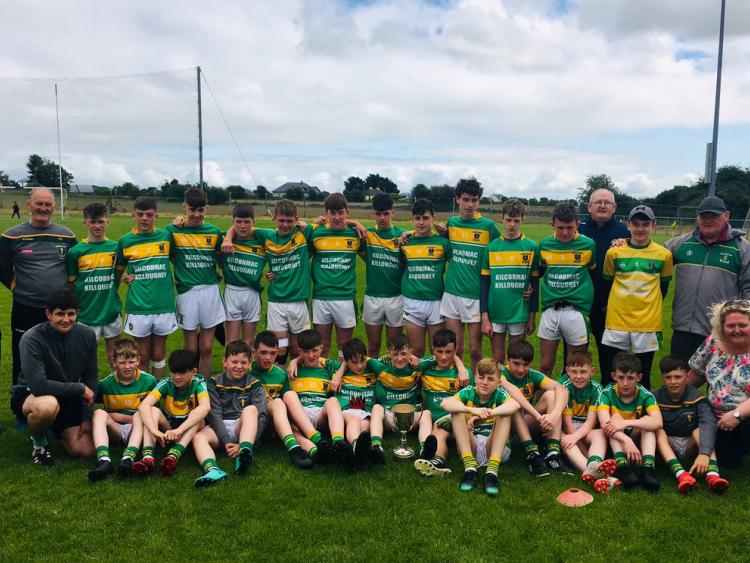 There was double delight for Offaly teams this weekend at Feile Peil na nOg with two titles coming back to the county this evening.

Kilcormac/Killoughey took on St Peter's in their final and came out on top by 4-3 to 0-6 with Arron Dalzell scoring a hat-trick. They scored an incredible 23 goals over the weekend.

St Manchan's Gaels faced Butlersbridge in the Division 10 Cup Final and came out on top by 0-7 to 0-0. They had beaten the same opposition in the group stage and scored a whopping 4-11 in their semi-final win over Strokestown.

In the Ladies Football, Shamrocks made it through to the Division Final but despite their best efforts, they lost out to a strong Roscommon Gaels team by 0-4 to 0-0.

Edenderry made it to the Boys Division 2 semi-final where they lost out by a single agonising point to St Paul's but 1-5 to 1-4.

In Ladies Football, Naomh Ciaran lost out to Carrickmacross Emmets in the Division 3 Cup quarter-final and Gracefield made it through to the Division 13 Boys Shield quarter-final where they lost to Oilibhéar Pluincéad who would go on to win the title.