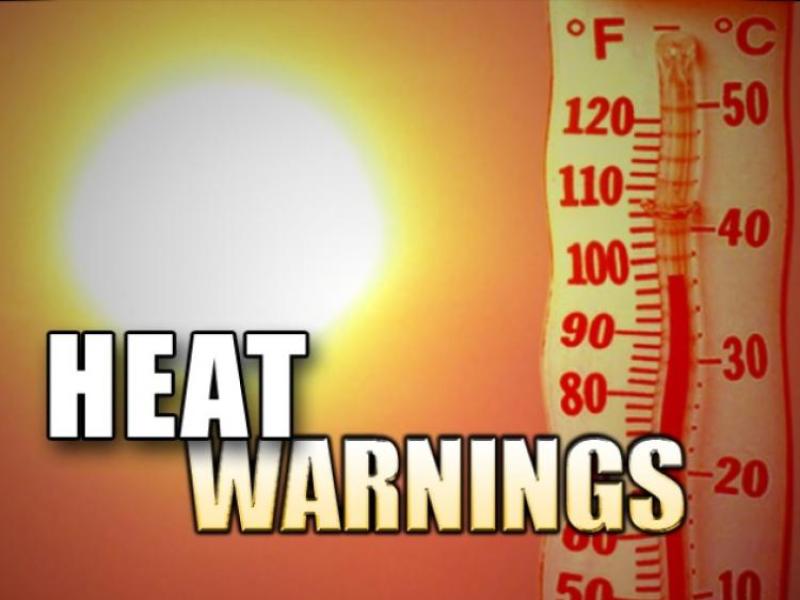 The weather forecast for the rest of the week for Ireland from Met Eireann is for it to be settled and rather warm weather for the next few days but a transition to less warmer conditions over the weekend as winds turn southwesterly in direction.

A Status Yellow Temperature Warning is in place for Thursday. CLICK HERE FOR MORE DETAILS

The weather forecast for Thursday from Met Eireann is for it to be a dry, fairly sunny, but rather breezy day, with the risk of isolated heavy or possibly thundery showers in the southwest. Warm and close for most, with top temperatures reaching of 24 to 28 C., peaking over the southwest, mid-west and west of the country, but a few degrees lower along eastern coastal fringes in moderate to fresh east to northeasterly breezes.

According to Met Eireann, Thursday night will be mostly dry with just the chance of an isolated shower in the southwest. It will be a mild and humid with lowest temperatures staying around 13 to 17 degrees in moderate easterly breezes but winds occasionally increasing strong at times in coastal areas.

The weather forecast for Ireland for Friday is for it to be very warm day on Friday with spells of sunshine. It will be dry in most areas however there is the potential for some thundery downpours to develop in the west in the afternoon and evening, however there is still a good bit of uncertainty in relation to this at the moment. Top temperatures well above normal with highs of 24 to 27 degrees, however temperatures will be a few degrees lower along east and south coast's due to the onshore moderate southeasterly breeze.

Cloud will gradually increase countrywide on Friday evening and during the night with a little showery rain developing in places, some thundery bursts are possible also. It will be a very mild and humid night with lowest temperatures of 14 to 16 degrees. Light to moderate south to southeast breezes will veer southwesterly overnight.

According to Met Eireann, it will be another warm day Saturday with top temperatures of 20 to 25 degrees, coolest in the coastal fringes of the west and southwest and warmest in the East. There will be some showers about but some warm sunny spells also. Light to moderate southwest breezes, will be fresh to strong along western coasts.

The current weather forecast states that there will be a transition to less warmer conditions by Sunday but temperature still close to or slightly above normal ranging between 18 and 20 degrees and it will be warmest in the east. There will be a mix of showers and sunny spells. Breezes will be from a southwest direction and moderate to fresh in strength occasionally strong on Atlantic coasts.