Joy as playground damaged in fire re-opens in Edenderry 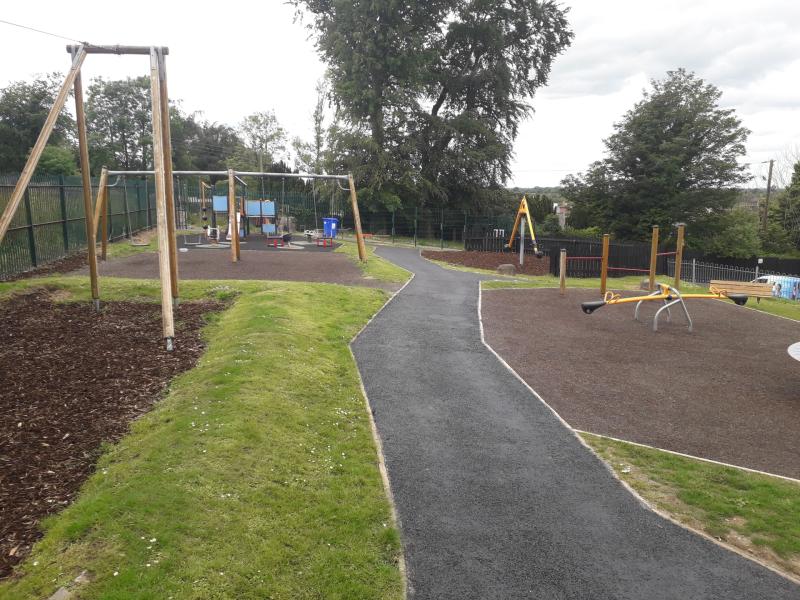 Joy as playground damaged in fire re-opens in Edenderry

The committee of Edenderry playground has been commended by local councillor Noel Cribbin as the fire-damaged facility re-opened over the weekend.

Cllr Cribbin said the committee had done "an amazing job of work in the playground with new equipment installed and the upgrading of older equipment."

This follows a temporary closure of the popular play area following a fire last month.

"The fire could have been caused by something as simple as a cigarette butt being thrown into a litter bin," Cllr Cribbin said.

He added, "Nevertheless, as always, the committee got on with things and have, in my opinion, the playground looking in tip-top condition."

All are now welcome to use the beautiful playground again.

Speaking of issues, the Fine Gael councillor said, "it seems all playgrounds are a place for young teenagers to hang out and in most cases, the kids are doing no harm. However, maybe unbeknownst to them, they are on equipment like swings that are for very young children, and when parents arrive and see teenagers around, it can be offputting."

"We ask the teenagers, and in particular their parents, who hopefully know where their kids are, to show respect to parents and the small children who use the playground," Cllr Cribbin added.

"We intend to monitor the playground more going forward and teenagers misbehaving and showing disregard for other users may be asked to leave. We only ask for parents and their children to show respect and common sense whilst using our beautiful playground."

The committee now intends to close the playground at 8pm each evening.

"We could also do with some help with this if any person would like to help our small but dedicated committee," committee member, Cllr Cribbin, concluded.