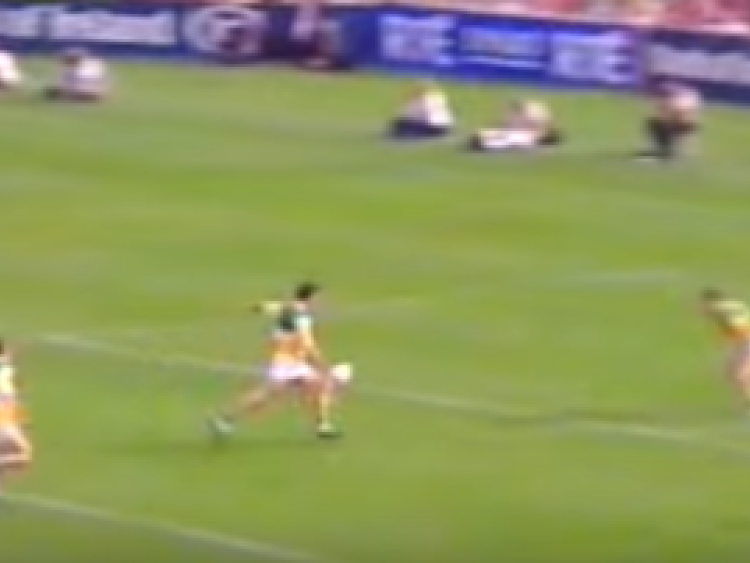 Offaly legend and two-goal hero from the 1997 Leinster final, Roy Malone, has issued a rallying cry to the county's football supporters to follow the current crop to Portlaoise this weekend.

Offaly were drawn to face neighbours and fierce rivals Laois in O'Moore Park this weekend in Round 3 of the All-Ireland qualifiers.

It's the first time Offaly have been to Round 3 in nine seasons and the Rhode stalwart Malone, who netted two goals in Offaly's last Leinster title success 22 years ago has issued the call to arms.

Taking to Twitter after the draw, he said: "Every single Offaly football supporter start making arrangements to get your ass to Portlaoise on Saturday evening."

Offaly's attendances have been low in their last few games, despite the county having home advantage in O'Connor Park for rounds 1 and 2 of the qualifiers, games they won by a cumulative 21 points.

The latest win was an 11-point success over Sligo on Saturday on a whopping 3-17 to 0-15 scoreline, the first time Offaly scored three goals in a championship game in 13 years.

Laois will likely be slight favourites given their home advantage and their victory over Offaly in this year's Allianz Football League, but Offaly will be buoyed by their two qualifier wins to date and their testing of Meath in the Leinster Championship earlier this summer.

The game will take place on the weekend of June 29/30 with Saturday, June 29 the most likely considering the Laois hurlers are playing the Joe McDonagh Cup hurling final on Sunday.