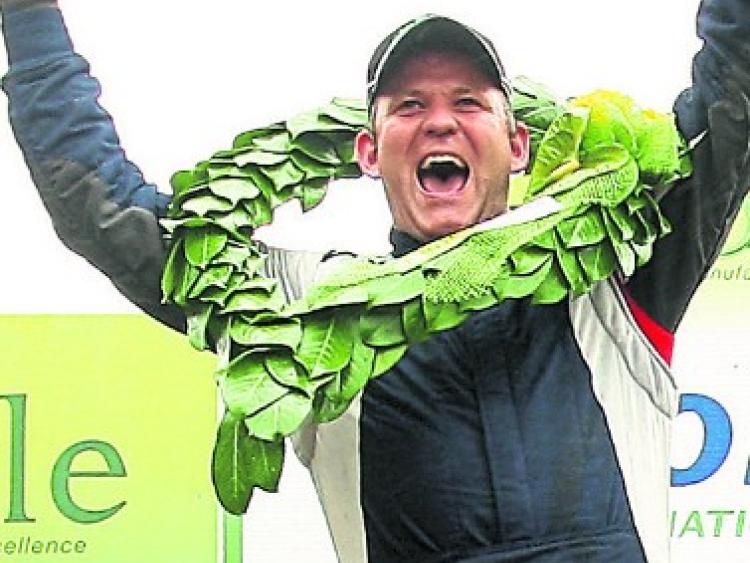 The competitor who was killed in a stage at today’s Donegal International Rally has been named as Donegal rally driver Manus Kelly.

He died on Sunday afternoon on the third day of the event. The race was suspended as a result of the crash.

Navigator Donal Barrett was injured and is being treated in Letterkenny University Hospital. His injuries are not thought to life-threatening.

The crash happened shortly after noon. The rest of the rally was cancelled following the incident and an investigation is underway.

Mr Kelly's Hyundai i20 R5 crashed after hitting a bump on the Fanad Head stage, near Baile na Brocar. The car went through a hedge and into a field and was extensively damaged.

From Glenswilly, Mr Kelly had won the rally for the last three years in a row.

Mr Kelly was elected to Donegal County Council as a councillor for the first time in the Letterkenny electoral area last month.

He was the managing director of a Letterkenny-based company, Tailored Facility Solutions (TFS) which dealt with both the public and private sector in management, recruitment and logistics services.

He is survived by his wife Bernie and their five children.

Donegal Motor Club and Motorsport Ireland issued a statement this evening confirming the death of the popular driver.

“Donegal Motor Club and Motorsport Ireland would like to extend its sympathies to the family and friends of Manus Kelly who was fatally injured during a tragic accident while competing in the Donegal International Rally on Sunday, 23rd June 2019.
Manus was a three-time winner of the rally and was immensely popular in the rally fraternity. He was elected to Donegal County Council in the recent elections and was a prominent businessman in Donegal. Our thoughts are with his family and all affected at this time.”

The Clerk of the Course for the Donegal International Rally, Eamonn McGee, paid tribute to Mr Kelly, describing the tragic news as "devastating".
"He was a great ambassador for the sport and for the Donegal Motor Club and for the county as well," he said.