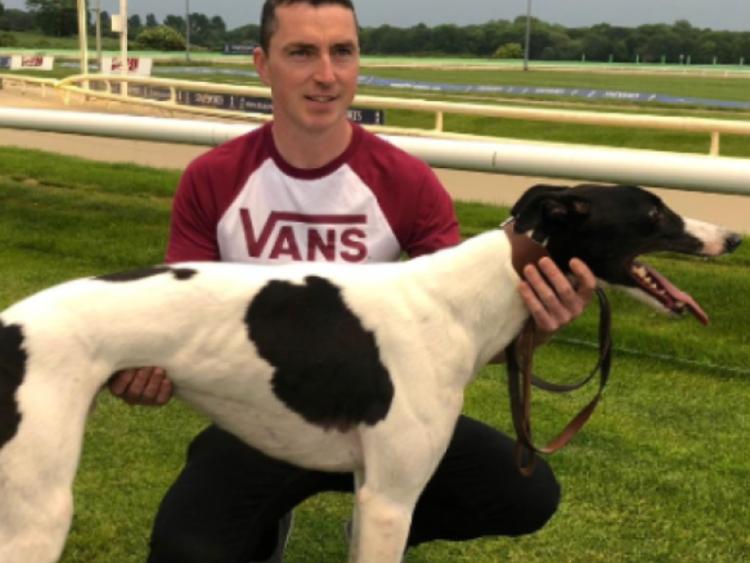 Offaly greyhound trainer Pat Guilfoyle is less than 30 seconds away from creating history by becoming the sixth Irish Greyhound trainer to train the winner of both the English and Irish Derby.

That's after Skywalker Logan qualified for the English Derby final on Saturday night.

Breaking well from trap one he was ideally poised on the run to the first bend where he avoided the trouble on his outside.

Heading down the back straight Logan was getting into full stride as he tried to catch early leader Clonbrien Prince.

As they turned for home Logan continued to close the gap but in the end was narrowly beaten into second.

A victory for Skywalker Logan and Moneygall trainer Pat Guilfoyle would reignite Offaly's historic links to the famous race, dating back to the Killeigh-born Mick the Miller's back-to-back wins in 1929 and 1930.