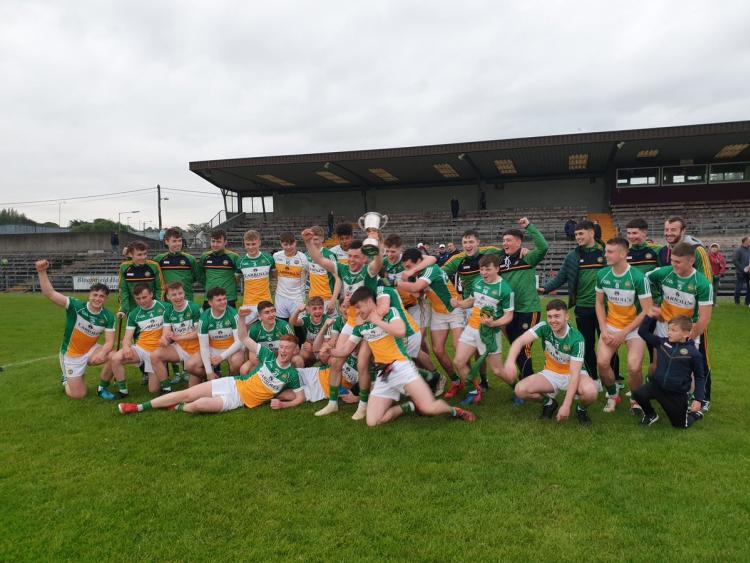 Offaly's U20 footballers warmed up for their forthcoming Leinster Championship campaign by winning a pre-season tournament named in honour of county legend Liam O'Connor.

The cup is named in honour of the late and great Liam O’Connor who donned the Offaly jersey with amazing distinction from 1979 to 1986 where he wore the No. 3 shirt in every championship match.

Liam was a part of the famous Walsh Island football dynasty collected an All Ireland Medal in 1982 and will be forever remembered as the player who delivered the long lobbing ball into Seamus Darby for possibly the most famous goal in GAA history.

Drawing on his spirit, Declan Kelly's charges completed the tournament with four wins from four games, crowning the campaign by lifting the trophy at TEG Cusack Park having beaten Westmeath

Edenderry starlet Cian Farrell top-scored with 1-11 as Offaly, who were without the injured Cian Johnson, ran out 1-15 to 0-14 winners over great rivals Westmeath on Wednesday evening, June 12.

Westmeath actually started the brighter with an early brace from Ben Cox helping them to a 0-3 to 0-1 lead within ten minutes before Oisin Murphy pointed for the Faithful to begin the fightback.

The Offaly forward line kicked into gear midway through the half with Jack Bryant splitting the post and Cian Farrell thumping the back of the Westmeath net. Offaly led 1-5 to 0-5 after 25 minutes.

Farrell certainly found his feet late in the half as he notched a further two points to put Offaly into a 1-7 to 0-6 lead.

The Edenderry man continued where he left off by getting the first score of the second period before Jack Bryant re-joined the party with another score.

Adam Neary and Ben Cox rallied for Westmeath to keep the home side within four points with 17 minutes to play but Farrell was too hot to handle as he continued to pop scores for fun.

Adam Flanagan and the impressive Ben Cox fought back for Westmeath but it was not enough as Offaly prevailed on a 1-15 to 0-14 scoreline.

It was a sight to behold for Offaly fans as captain Jack O'Brien raised the Liam O'Connor Cup aloft in the stands of Cusack Park.

Declan Kelly's men will now be in buoyant mood as they head into their U20 Leinster Football Championship campaign this summer.