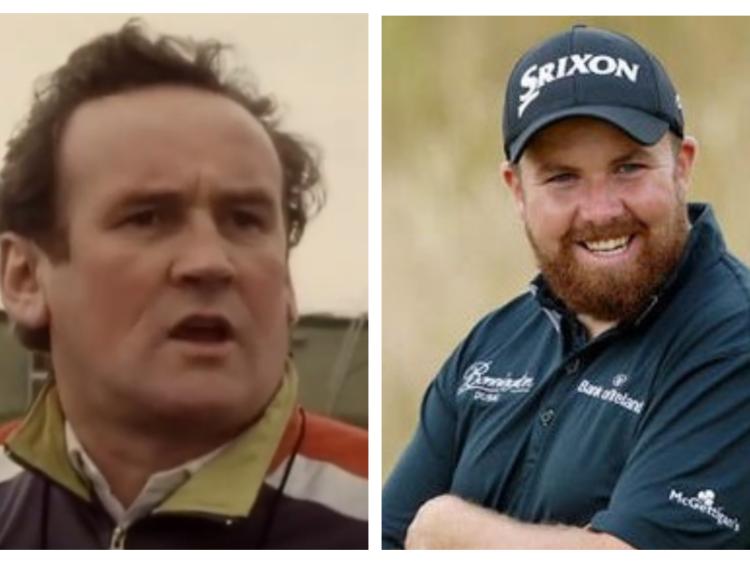 This was Des Curley's advice to the Barrytown Wheelies in The Snapper back in the day, and it's also what Offaly golfer Shane Lowry intends to at this week's US Open.

Writing in his Paddy Power website column, the Clara man said, "I want to sneak in under the radar and give the US Open a lash."

Going under the radar might be a bit tough as he is in the form of his life and was runner-up to runaway winner Rory McIlroy at last week's Canadian Open. He also has a win under his belt this season from Abu Dhabi and finished in the top 10 at the USPGA tournament.

"I landed in California on Monday and the plan is to play nine holes as usual in practice each day until Thursday’s tee off. I’m staying in Monterey so it’s not too far from the course. I’ll practice, chill out, keep it relaxed and get down to business on Thursday. Coming off finishing T2 in Canada with a chance to win, can be a little bit draining. So, I’ll get out there, get my mind right and go and give it a lash and see what happens," Shane added.

"I’m pretty happy with the tee time I got (4.13pm Irish Time) and I’m looking forward to playing with Gary Woodland and Tyrell Hatton. They’re two very good players. It’s always nice to play with good players because they drag you on with them. If you’re playing with someone that’s not playing great – it’s almost like you get dragged down a little bit."

"I know them fairly well and I know their caddies, so it’ll be all very familiar which is good. Gary’s a lovely fella. Tyrrell gets bad press but he’s a nice fella – he’s just quite hard on himself on the golf course. When the cameras go off and he calms down, he’s a good laugh."

"There’s been a nice few weeks in a row now where I’ve played well. But I don’t take anything for granted. You never know what’s around the corner. So, I wouldn’t be building myself up in my own head. If anything, I’d be trying to lower my expectations. There are a lot more players here carrying more expectation than me," Lowry wrote.

Asked whether or not his agonising runner-up finish in the 2016 US Open still affects him Shane says, "no, absolutely not!"

"Just because I had a good chance of winning a US Open back then when I led on the final day before Dustin Johnson caught me, isn’t an issue. If anything, it gives me more confidence going forward as I know I can call on it if I get myself in that position again."

"I don’t think I’d be playing professionally if I didn’t think I could compete against some of these lads like Rory, Brooks, DJ and Tiger. They’re in a different league when they bring their ‘A’ game and they’re very hard to beat – but that doesn’t mean I don’t feel like I can’t beat them."

"The one thing I’m very happy about this season is being in contention a few times and feeling very comfortable about it. That’s the take-out learning so far for me. I spent a lot of last week near the top of the leaderboard and before that at Harbour Town – and it felt good."

Speaking about the tough test of a US Open and the 2019 course, Shane said: "Pebble Beach is a tricky one, though. You don’t need to hit your driver that much, which takes it out of Rory’s hands a little bit. That could be a factor. Brooks Koepka just seems to show up on the big weeks, doesn’t he? Especially in the last couple of years. I’d be very surprised if he wasn’t in with a leading chance this week again. He played in Canada but definitely had one eye on this week as opposed to grinding out a top 15-finish when his chance had gone."

"That’s the way those guys in the Top 10 play. Their focus is relentless for the big events and that’s why he’s so formidable in Majors."

You can keep up with all his progress at the US Open at www.offalyexpress.ie.