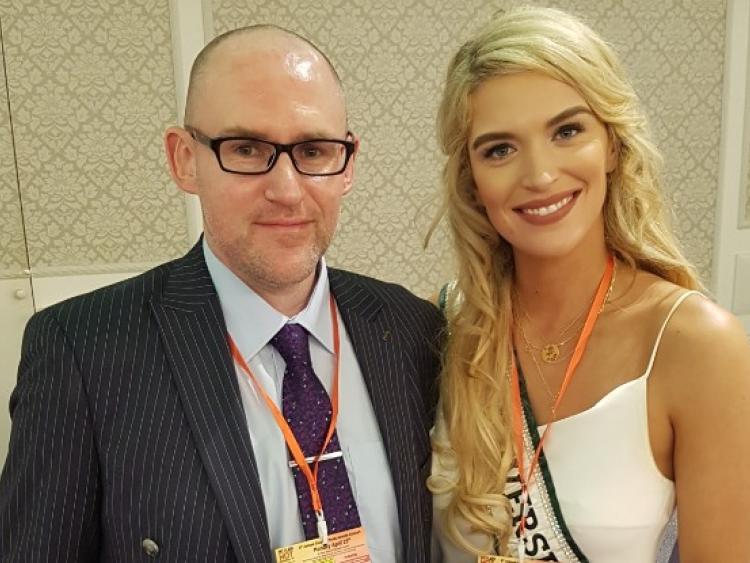 The Lusmagh native - poet, songwriter, and member of the Tullamore Rhymers' Club - is a well-known music columnist and founder of the P.R. and artist representation company AS Written.

He praised the course as being essential for anyone who is interested in a career in the music business in Ireland.

"Without a doubt, I wouldn't just recommend it to someone, I'd advise them to consider it as an essential part of what they need to do. In fact,  Music - Industry - Xpanded might well be a more accurate name for what the course encompasses because it goes into such depth on things."

"Look at it this way, anytime you can put yourself in a room with an expert in a particular area, you can only learn. Whether it's something that you didn't know at all beforehand, or maybe it's a different way of doing something, or it might even just be confirmation that yeah, what you've been doing by instinct all this time is actually spot on," he said.

"However it happens, you come away from each lecture better prepared to do everything in your own power to be a successful part of the music business, for yourself, and for your clients."

The course is recognised by the music industry in Ireland and abroad, and comprises a 13-week series of lectures from some of the top professionals in different sectors of the music business. Covering areas like management, media, publicity, publishing, record labels, touring, finance and more, the course offers students the knowledge, experience, and time-tested wisdom of those who work on a daily basis with and for some of the biggest names in Irish music, from Hozier to U2, to Westlife, and indeed international acts too, with Nick Seymour of Crowded House being one of this year's lecturers.

For Sullivan, the M.I.X. Course is a vital component in safe-guarding the future of the music industry in Ireland, regardless of genre. "The accountant Dominic Kelly, an extremely well-respected figure, was one of the lecturers we had this year. Dominic has worked with artists like R.E.M., Robbie Williams, Van Morrison, Barbara Streisand."

"So a good rule with anyone of Dominic's calibre is that when they speak, you listen. Because they know what they're talking about. One of Dominic's main points is that just like opening a restaurant, a bar, a shop, being a builder, a plumber, whatever it may be, being in the music business as a band, or solo act, or recording artist, or in some other role but primarily those, well that's being in business, too. And it needs to be viewed that way."

Sullivan continued, "And not just from a financial and planning point of view - although paying attention to those areas is vital - but in terms of building a team around you to help you succeed. Every successful business in the world is built around teams of people who know what they're doing in specific areas."

"Just because an artist has the talent to get up on stage and perform doesn't mean they know how to write the kind of press release they need, or a bio that really tells their story. Or how to plan a release, or prepare to deal with the media."

"There's a thousand things that an artist might not know how to do. And the point is that they don't have to know how to do everything. But what they do need to realise - and the best ones, the most ambitious and driven ones always know - is that they need to work with people who can do the things they can't. And people who they can trust. For me, in what I do with AS Written, and even more so now as a graduate of the Hot Press M.I.X. Course, that's a space and a role I want to continue to fill for artists who I work with."