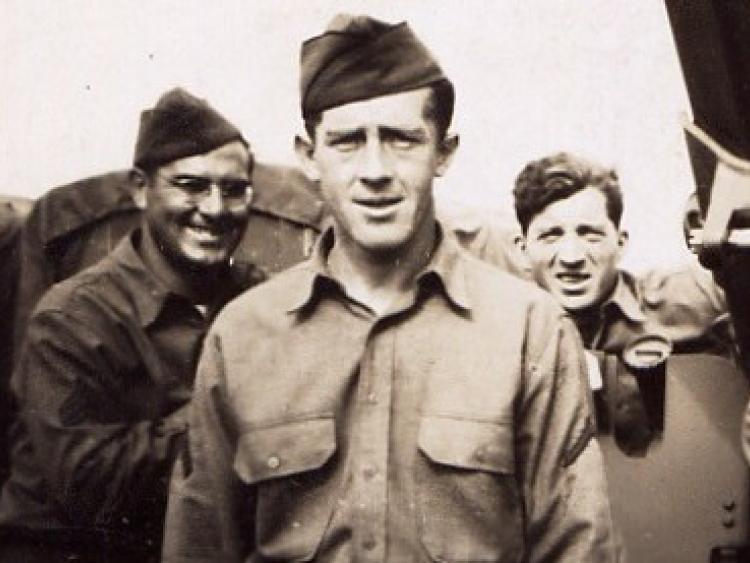 On the 75th Anniversary of D-Day during World War II, we are remembering an Offaly native who fought from the beaches at Normandy.

On June 6, 1944, Allied Forces began the liberation of Germany-occupied France.

Offaly man, John (Jack) Carroll, was one of many who fought from the Normandy beaches to Bonn, Germany and survived to see the Allied Forces win World War II in May 1945.

A Sergeant in the Artillery, he received the Purple Heart among a number of decorations.

Born in Ballysheil, Cloghan in 1905 to Patrick Carroll and Ann (nee Kilmartin of Endrim), on finishing school, he worked for Mulrooney’s Drapery in Birr before emigrating to New York in 1928.

Working initially as a barman, he established his own pub prior to being called up for service with the United States Army.

Though initially stationed in Northern Ireland prior to D-Day, due to travel restrictions, he was unable to visit his mother, his father having died in 1932.

Following the war, he returned to New York to find his pub closed, the manager having let it go. In later years, he made several trips home, his last trip in April 1985.

John died the following month on May 8, exactly 40 years to the day after V.E. Day. John is buried in Killourney Graveyard next to his parents, his resting place marked with a US Military headstone.

Thank you to Gerard Murphy for sharing John's story with us!