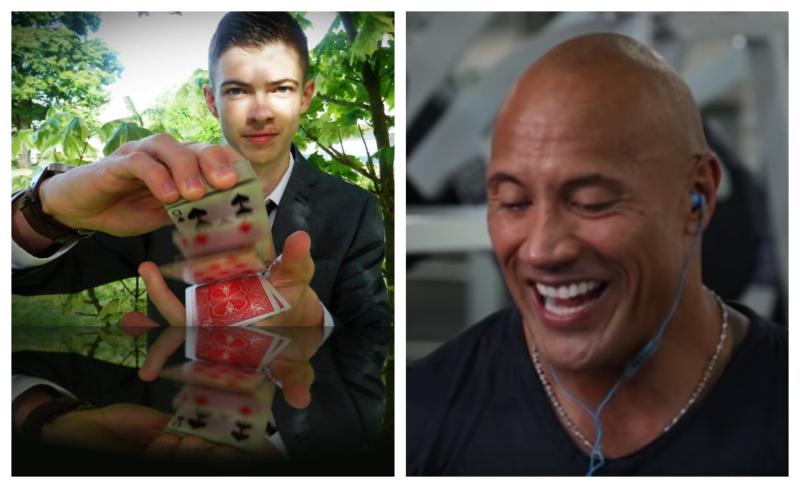 An Offaly magician continues to mesmerise audiences with his hypnotic powers.

Evan Dunne from Rahan was performing at a private function in recent days when he made one woman believe wrestling legends and Hollywood star Dwayne 'The Rock' Johnson was in the woman.

The resulting clip is simply brilliant:

Aaaand that’s a wrap of 6 shows this weekend!
Here’s a clip from my last #hypnosis show where @TheRock made a guest-appearance!!! #comedy #hypnosis #bethestar #therock #EvanDunneMagic pic.twitter.com/tGOhghRiCg

She marched down to the random person believing him to be the Baywatch star, even going as far as telling him she was watching him last night in the film, Hercules.

Evan is available for private bookings for debs, graduations, weddings, and events, so if you want to add a unique element to your next occasion, head over to Evan's Facebook page now.

Alternatively, you can email Evan directly at evandunne98@gmail.com.