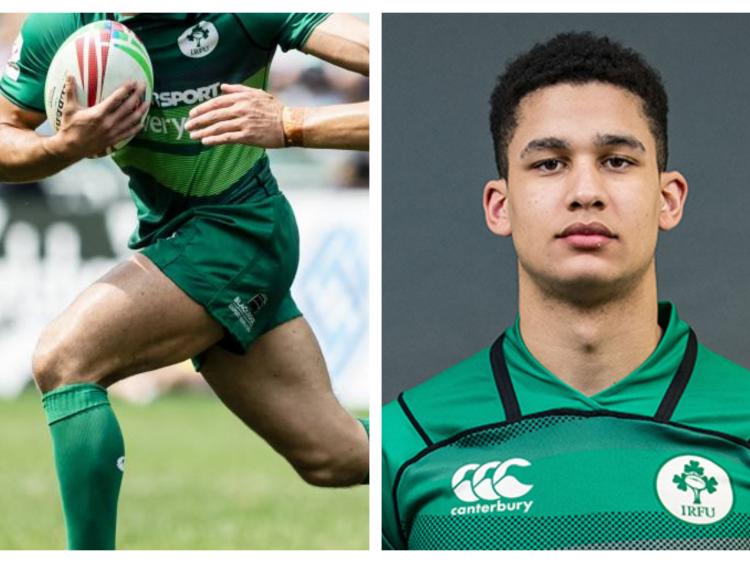 One Offaly speedster replaces another on Ireland Rugby 7s squad

With Tullamore's Jordan Conroy being rested for this weekend's Paris 7s, the Ireland 7s management team have turned to the uncapped Cormac ‘Izzy’ Izuchukwu, also from Tullamore.

Following on from Paris is the first leg of the Rugby Europe Women’s Sevens Grand Prix Series in Marcoussis on June 29-30 – Ireland have been drawn in Pool C with Scotland, Italy and Spain – and the eagerly-awaited Olympic qualifier in Kazan, Russia on July 13-14.

Cormac, known for his electrifying pace, represents Old Wesley but is from Tullamore and previously played with Tullamore RFC before going to school in Roscrea where he was on the Senior Cup team.

Cormac is from a sporting family; his brother and sister Chinnie and Ciara have represented Tullamore Harriers with distinction with Chinnie winning an 800m All-Ireland Junior title in 2016.

Chinnie is now pursuing a career in music under the name 'Chinnie Izzie'. He has previously supported Chasing Abbey at some of their gigs.

Looking ahead to Cormac's weekend in an Irish shirt, the final leg of the Men’s World Series in Paris will be broadcast on Sky Sports Arena this weekend, while World Rugby will offer streaming in non-geo-blocked locations.

Cormac will be hoping to get his first taste of international rugby 7s action.