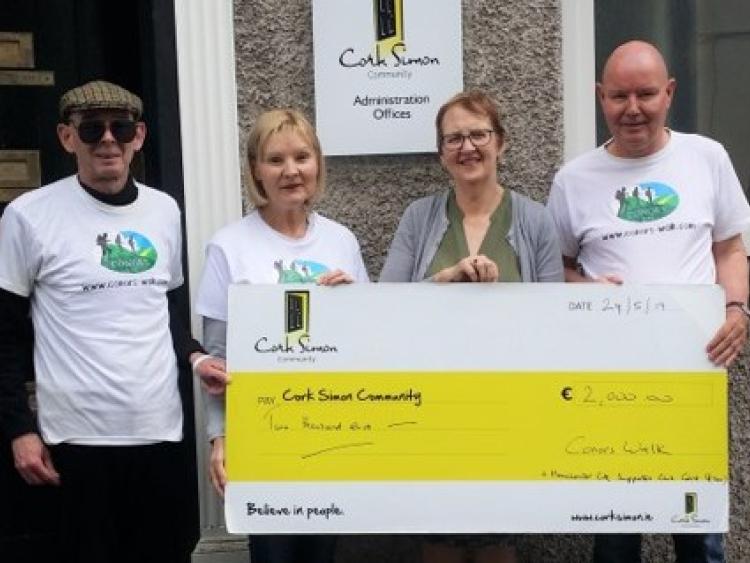 Walk in memory of man who died in Offaly raises €5,000

Conor died in Tullamore Hospital in February 2017 having spent a number of months in the town.

Conor had been seen in Tullamore in the last few months of his life, and the talented musician often busked in the town centre and at open-mic nights. He was hospitalised due to the effects of sleeping rough before his untimely death.

The 104km walk from Galway to Tullamore was a huge success over the May Bank Holiday weekend.

Conor's father Kieran said this was "obviously down to the generosity of all of those who donated and we would like to say a huge thank you to each and everyone who did."

The walk took place over the four days of the May Bank Holiday weekend and all of those who took part were both surprised and happy that there was no rain and most of the walking was done under blue skies.

The full walk was undertaken by Kieran, Ann and Owen O'Hagan, with friends Fiona Crotty and Kyran O'Gorman, and family (Louise, Barry, Karen and India) walking on the Friday and Sunday respectively. Geoff O'Hagan (aka KB Violet) was the ever-reliable bag man come photographer/reporter for the whole weekend.

"We were moved and delighted to see staff members from Galway City library waiting to see us on our way from Spanish Arch. They had always 'looked out' for Con during his time in the city and wanted to wish us well," Kieran O'Hagan said.

The first two days of the walk were hard, 32km and 35km, but the weather helped and the chat was always lively and helped the time pass.

The walkers arrived at the canal bridge in Tullamore town at 2pm on Monday as planned where they were meet by more friends and family and walked through the town to the King Oak Tree.

"Here we were also met by several local well-wishers, all of whom had met Conor during his time in their town and all of whom had shown him the kindness that warms our hearts when we are feeling down," Kieran explained.

A few words were spoken to remember Con and thanks were given to all and then it was time to freshen up for a little while before heading for an evening of music and chat.

At Joe Lees bar, the group were very well looked after by John and had music from local musician Gavin Ghee, followed by a session in the lounge, where Gavin joined those musicians who had travelled up from Cork (KB Violet, Dylan Fitzgerald, Gwen Boyle and Mike Burgess) to play tributes for Conor.

Joe Lee himself also made a guest appearance as the group was treated to his accordion skills. "Conor would have been thrilled to have taken part in such a great night," his dad said.

You can see lots of pictures from the walk at the Conor's Walk Facebook page. Plans are already afoot for next year, where the walk will be condensed into just three days.

Following the walk on Friday last, May 24, a presentation was made to Cork Simon Community for the money raised by Conor's Walk. Kieran and Geoff are lifelong Manchester City fans and the Cork branch of the Manchester City Supporters club applied for a grant from the Official Supporters club to support the walk and fundraising efforts. The maximum grant of £500 was approved and that was topped up by the local branch to give a donation of €700. With the money donated via the site, that made a total amount of €2,000, which both Kieran and family and Cork Simon were extremely happy with. Thanks again to all concerned. 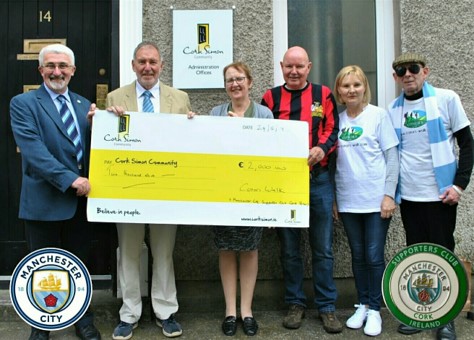