OPINION: A great election for Fianna Fail in Offaly but could it have been so much better? 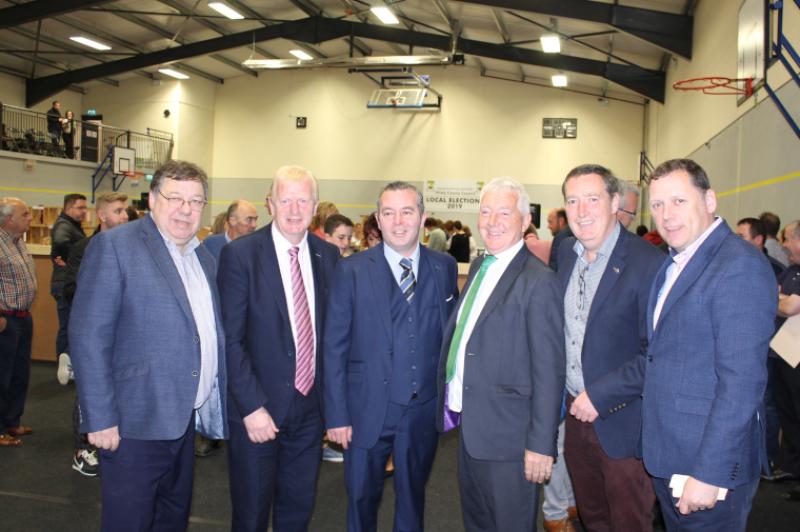 With the dust settled on the 2019 Local Election in Offaly, Fianna Fail are again the largest part with eight of the 18 seats.

The party once again took four seats from four candidates in Tullamore adding two apiece in Birr and Edenderry but while the party was rightly celebrating its outstanding result, you couldn't help but think that it could have been even better for them overall. Ten seats were very much within reach and the numbers appear to back this up.

In the Edenderry Area in particular, there is no doubt that Fianna Fail's should have returned more than two councillors. Consider this, Fianna Fail got just under 40% of the first preference vote and had two councillors elected. Fine Gael got just over 20% of the vote but also returned two councillors. On the surface, that makes no sense. How can Fine Gael have gotten the same number of seats with half as many votes? It's only when you look at the different strategies the parties used that the picture becomes clearer.

Fine Gael ran two candidates and absolutely maximised their vote. Liam Quinn received 922 votes, Noel Cribbin 786. Combined that was less than Fianna Fail's Eddie Fitzpatrick got on his own but, importantly, it put them right in contention. Gaudy first preference votes are one thing, a managed vote is far more important.

Outside of Eddie Fitzpatrick's 1,714 votes, Fianna Fail polled 676 for Robert McDermott, 455 for Christine Traynor and 454 for Pat Daly. All three were a long way behind the Fine Gael candidates and two were more than 100 behind Pippa Hackett. To make matters worse for Fianna Fail, the majority of Eddie Fitzpatrick's surplus went to Pippa Hackett increasing the gap for his running mates to make up.

Had Fianna Fail just run three candidates, and had better managed Eddie Fitzpatrick's votes (he had a surplus of 542), there is a chance the Green Wave would have come close but ultimately missed out in Offaly.

Even allowing for the vagaries of Local Elections where many votes are for the candidate or for an area rather than a political party, had Fianna Fail run three instead of four, that candidate would more than likely have been ahead of Pippa Hackett from the start. From that position, along with a more managed vote for Eddie Fitzpatrick, Fianna Fail most likely would have taken the final seat. Returning two councillors with 40% of the vote put simply is a very poor return.

While the situation in Edenderry is mirrored in somewhat Birr, it would have been a tougher fight to get three elected. Again, however, it was eminently possible had three names, instead of four, gone on the ballot paper.

In Birr, Fianna Fail got 32% of the first preference vote but only returned two councillors. Had they replicated that percentage with three names on the ballot, returning them all would have been a distinct possibility, particularly when you consider how close Bernie Fanneran came when all the votes were counted. The decision to run four in Birr is even more head-scratching when you consider that the vote-getting juggernaut that is John Leahy was always going to hoover up vast quantities of first preferences already leaving less for everyone else to fight over.