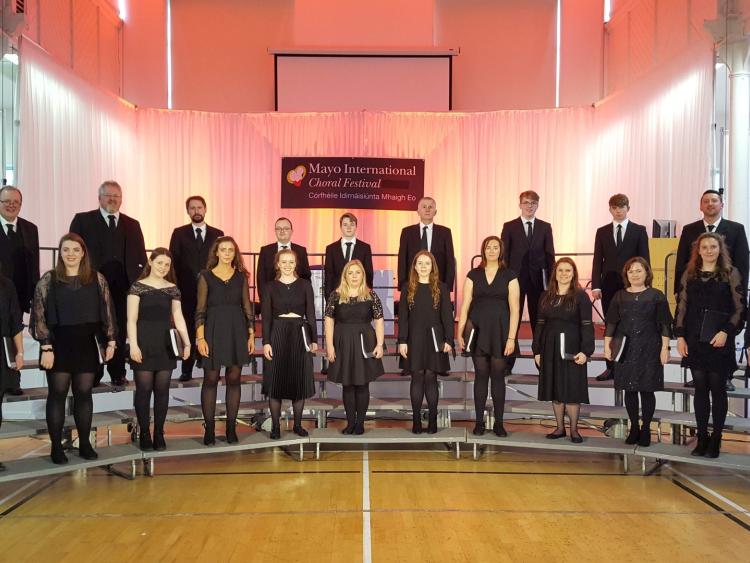 The Offaly-based Academy Chamber Choir are celebrating yet again with more competition success at the Mayo International Choral Festival 2019.

After being awarded first place in the “Choirs from Ireland” competition at the event, the Academy Chamber Choir then went on to finish second in the “Sacred Music” competition.

As a result of their success, they were awarded a place to compete in the  “Premier International Competition”.  This competition is for choirs that have claimed first place in a competition over the course of the choral weekend.

The standard of the choirs competing was extremely high and included some outstanding international choirs.

With five international adjudicators from Wales, England, Hungary, Northern Ireland and Ireland, it was an intense wait for all choirs involved and there was huge excitement as the adjudicator announced the Academy Chamber Choir in second place behind winners St Marys of the Wood’s College Choir from Indiana in the USA.