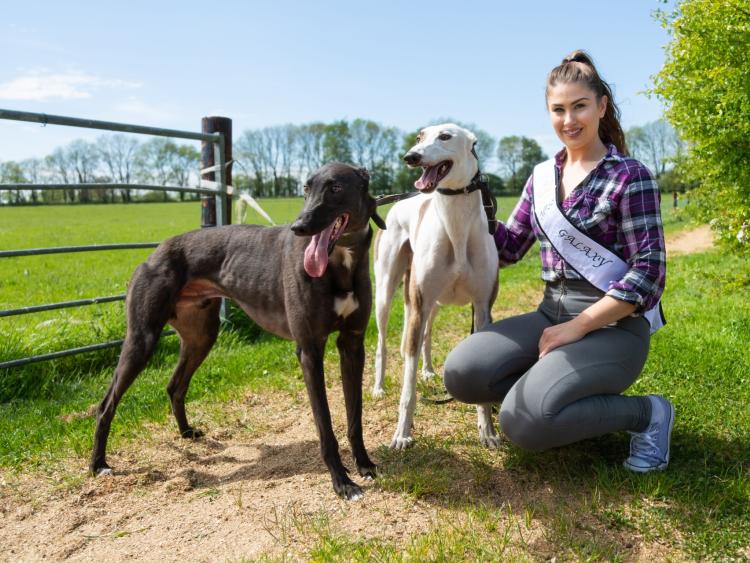 22-year-old Margaret Bolton from Offaly is one of the youngest greyhound trainers in Ireland – but she has the second highest amount of winners to her name in the country this year.

She is also hoping for success on the beauty front as she prepares for the Miss Galaxy Ireland pageant in Belfast this weekend.

Margaret has gained 59 winners from 278 races so far in 2019, in only her second full year as a public trainer.

Her father, Tommy, handed over operations of the kennels in Alderborough to Margaret in 2017, with the young trainer gaining 66 victories last year.

A key pillar of the IGB’s Strategic Plan 2018-2022 targets incentivising greyhound ownership and training to ensure younger participants like Margaret continue to be encouraged into the industry.

Margaret commented: “It’s only really my second year training, so it has been a bit unexpected. I’m very lucky. I’m absolutely delighted with the way the dogs are running at the moment. I’m just trying to get to the top of the leader board now! There aren’t many young people taking out public trainers’ licenses so hopefully some others will follow suit and I’ll have some competition soon. It’s very rewarding if you put the work in.”

“Working with dogs is brilliant – it’s better than working with people! They’re happy in the morning and they’re happy at night. If you’re coming home late they always have a kiss or a wag of the tail for you, so that keeps you going,” she added.

Margaret focuses most of her entrants on her local tracks in Mullingar and Longford, as well as Shelbourne Park in Dublin, Ireland’s premier greyhound track. She can also be spotted with greyhounds in Limerick on occasion.

She is also looking for the support of the greyhound community as she prepares to take part in the Miss Galaxy Ireland competition, which is being held in Belfast on Sunday, May 26. Should she be successful, she will have the chance to represent Ireland at the international pageant in Orlando, Florida, later this year.

Speaking ahead of the pageant, Margaret said: “There’s a lot of preparation that goes into a pageant, it’s not just a case of turning up and looking beautiful. I’m hoping to be able to grab a spot to go to Florida in August and hope my greyhound friends can keep their fingers crossed for me.”