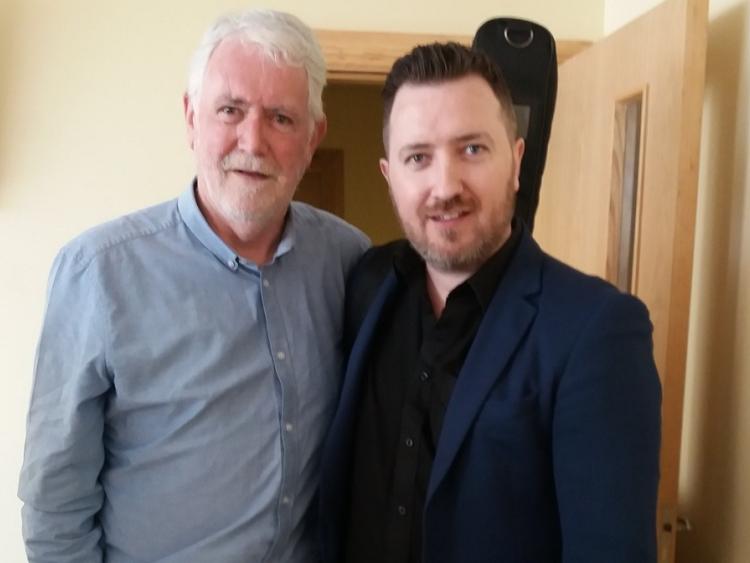 Offaly singer Colin Kenny has raised in excess of €1,200 for Pieta House through his Darkness Into Light inspired single, Let's Step Together.

Colin, who picked up the prestigious Gene Stuart Music Award at this year's Hot Country TV Awards Concert, decided to put pen to paper after being involved in a number of the Darkness Into Light walks and launch events over the last number of years, and being inspired by the message behind the annual event.

Speaking at the weekend, the Banagher man spoke about the success of 'Let's Step Together' as a means of highlighting the walk and helping to raise funds for Pieta House, but also of the way the song has resonated with so many people all around the country.

"I'm delighted that we've been able to raise over €1,200 for Pieta House to date, that was the whole purpose of undertaking the project in the first place. Funds are so hard to come by for so many worthwhile causes these days, that everything helps. So to everyone who donated through the video for the song on my Facebook page, thank you all so much."

"And of course, the video is still up there right now too, so there's still time for anyone who wants to donate to do so. But you know, for me as a songwriter, what's been really very humbling and fulfilling, has been the reaction of people to the song."

"I've received so many private messages from people who have been touched by it and moved by it, and for whom it's become something very important to, because of how it makes them feel when they listen to it, and sometimes because of the people it helps them to remember."

For Colin, who lives in Borrisokane where he also works as a barber - hence his nickname of 'the singing barber' - those messages have been some of the most powerful moments of his career to date.

"It's one thing to be up on stage entertaining people at a show, you can see them dancing and singing along and enjoying themselves, you know. So it's obvious that you're playing a part in them having a good time. But when you're sitting at home of a weeknight and you get a message come through from someone who wants to tell you how much your song has helped them with a really hard time in their life, that's something very special."

"Because you know that person has taken the time to sit down and write you that message especially to share their story with you, because of the connection they feel with you through your song. So that, as well as being able to have raise the money we did for Pieta House this time, is what makes me feel grateful for the effect 'Let's Step Together' has had in peoples' lives."

To donate to Pieta House, simply go to Colin's official music page on Facebook, Colin Kenny Music, click the Donate button on the video for 'Let's Step Together', and take it from there.

The Hot Country Award winner will be performing at Castlefest on June 23, on the same bill as country star Trudi Lalor and the legendary Paddy Cole.