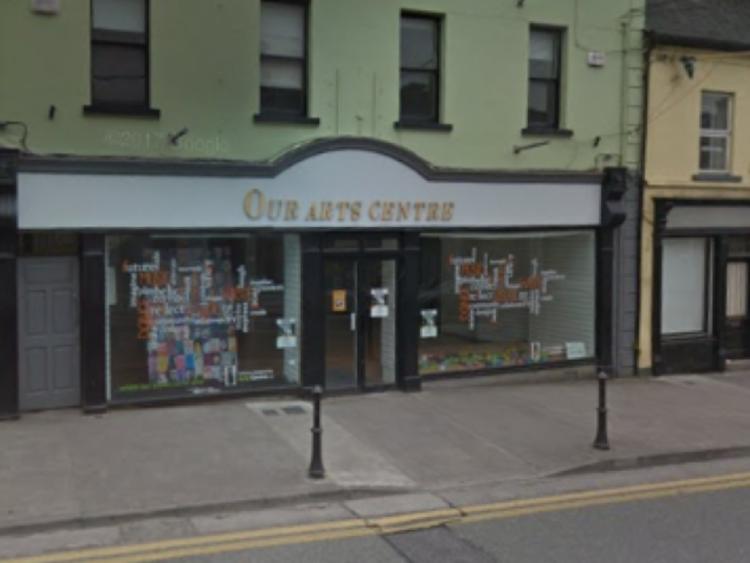 Offaly County Council is to take out a €2.5m loan to ensure the completion of the long-awaited Tullamore arts centre.

The huge loan was officially proposed by Cllr Declan Harvey and seconded by Cllr Tony McCormack at the May meeting of Offaly County Council on Monday, May 20.

The loan will now go forward for ministerial approval and is accompanied by the transfer of €150,000 from the surplus in the 2019 OCC budget to fund repayment.

The news follows years of campaigning and comes just months after the project was dealt a major blow when the Department of Housing, Planning and Local Government stipulated that €3m in funding designated to Offaly under the Urban Regeneration Fund could only be spent on the ambitious Grand Canal Greenway project and street enhancements currently underway in Tullamore.

The committee behind the project for an arts centre at the old Kilroy's building in Tullamore had hoped a slice of that funding could make up the shortfall for the project which will cost in the region of €3 million.

Following the setback, campaigners staged a number of protests, including two at Offaly County Council buildings in Tullamore in recent months. They called for action from the council to deliver the arts centre.

Almost €200,000 had earlier been raised by fundraisers in Tullamore in 2011 while €2 million has been ringfenced by the Department of Culture.

The board of the project are hopeful the tender process will be officially signed off at their next meeting in May 28 with actual work on the site to begin next September.

The arts centre will include a large auditorium, an arts gallery, bar and cafe. It is thought it will be used to stage plays, local productions, recitals, exhibitions, schools and other groups.

Chairman of the committee for the arts centre, Desmond Doyle, told the May meeting that they were committing to raising another €500,000 and that the committee had appointed a professional fundraiser to achieve that amount.

The fundraising campaign will target businesses, locals, corporate bodies and local people. Various sponsorship packages will also be offered, including seats with sponsors' names on them, named rooms, and gold, silver and bronze membership packages.

Councillors broadly welcomed the project but a number of Birr based councillors, including Cllr John Leahy and Cllr Sean Maher, implored the council not to let the Tullamore arts centre impact Birr Theatre at budget time.

Cllr Noel Cribbin also welcomed the project and said Edendery "would be back in the next number of years looking for something similar" and he hoped for "the same support from members."

The council will now seek ministerial approval for the loan and will explore various revenue streams to add to the ocean project.