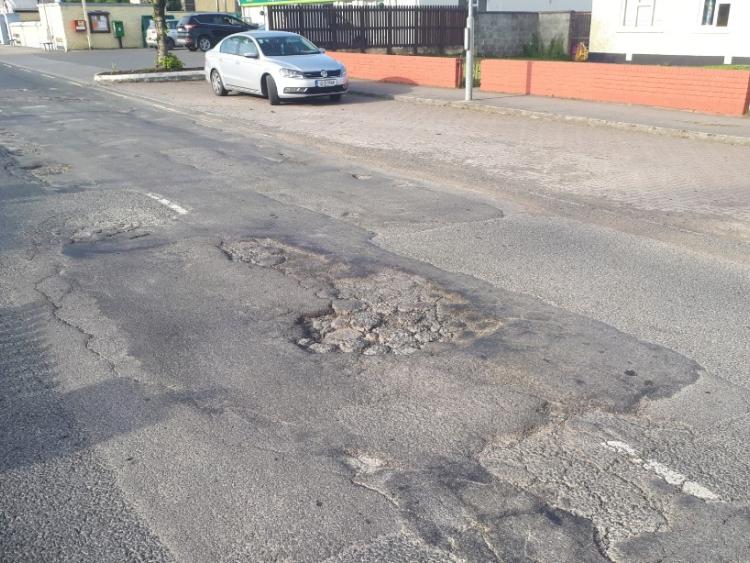 Locals in Clonbullogue have been left fuming over the disintegrating condition of the main road through their otherwise picturesque village.

A number of residents and motorists in the area have been venting their frustration at the lack of progress with one telling the Offaly Express, "it's a disgrace; every day the road gets a little bit worse and nothing is being done about it."

It's understood the road sustained serious damage as a result of Storm Emma early in 2018 and the subsequent heatwave of last summer. The road has been "crumbling" ever since, according to residents.

The council has included the patch of road in their 2019 roadworks programme but residents are upset at the slow rate of response to the issue, which they say is ongoing over the last number of years. They also fear a quick fix will not suffice and the surface will fall into disrepair once again.

Under the current roads programme from Offaly County Council, €19,000 has been allocated to complete road reconstruction work on the 100-metre stretch of road, which passes directly in front of the local shop and Post Office.

Offaly County Council has said that a contractor has been appointed and that the work is due to commence next week, weather permitting.

Responding to the situation, local Edenderry councillor Noel Bourke said he had enquired about this piece of road at a recent meeting of OCC.

He said: "Work has been carried out on it most years but the problem re-occurs. I suggested that there must be some underground issue which is causing the problem to re-occur and I asked that it be investigated with a view to solving the ongoing problem."

"I know that there is a lot of traffic turning in and out there but I made it clear that some action must be taken to solve the problem and not have it re-occurring every year."

Cllr Eddie Fitzpatrick welcomed the upcoming reconstruction work on the road which he noted has "completely crumbled over the last few months."