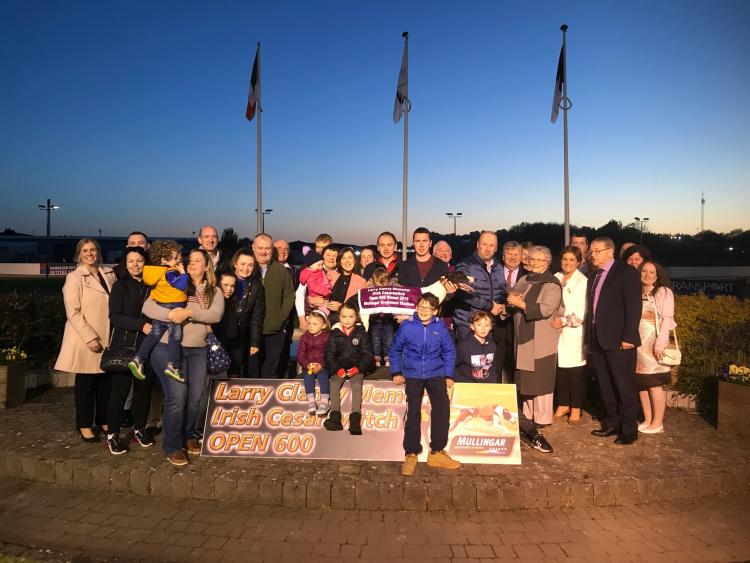 Breaking smartly from trap two he led on the run-up with Totos Park travelling well on the outside and Vaguely Noble closing in behind at the first bend.

Following a bit of bumping at the opening corner, Totos Park took the lead heading out of the second bend with Vaguely Noble in hot pursuit with Skywalker three lengths back in third.

Showing huge pace down the back straight Skywalker Logan drove up the inside at the third bend to get into a challenging position as he tracked Vaguely Noble who narrowly led at this point.

Rounding the top two bends Skywalker Logan showed his class and quickly took up the lead before going on to win by three and a half lengths in 33.40 from Vaguely Noble with the early leader Totos Park back in third.

Trainer Pat Guilfoyle who is also a primary school teacher based in Mountrath said afterwards that, “he had a small problem in the first two rounds but we got that rectified and he was fully fit tonight."

He will now be aimed at the International in Dundalk before having a crack at the Boylesports Irish Derby at Shel Park in August a competition Guilfoyle won with Good News in 2017.