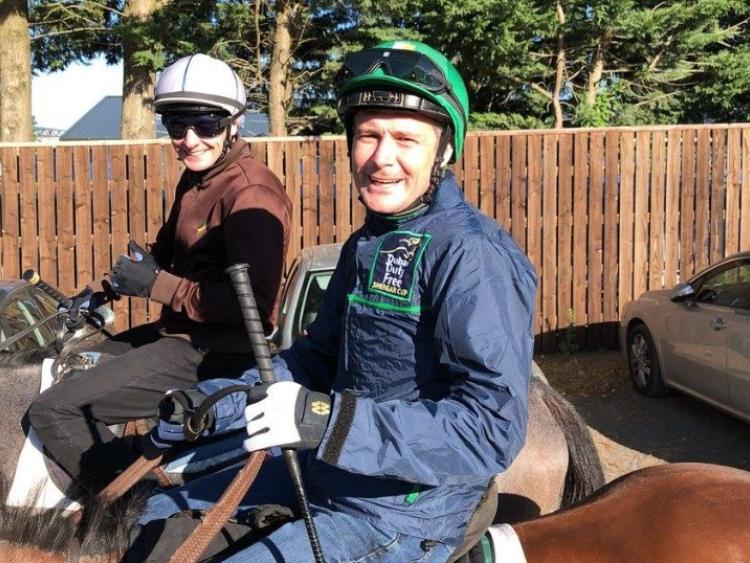 Offaly's Smullen to continue working for Weld despite retirement from saddle

Former champion jockey Pat Smullen has said it was a "simple decision" to announce his retirement from the saddle on Tuesday following medical advice but he has vowed to work on with trainer Dermot Weld.

The Rhode forged a formidable partnership as retained rider with Curragh-based Weld and now intends to ride out for his long-time boss at his yard at Rosewell House.

A nine-time Irish champion jockey, Smullen was diagnosed with pancreatic cancer in March of last year and has been undergoing treatment since.

His progress has been positive in the subsequent 14 months and he retained an ambition of one day returning to race riding.
However, after apprising his medics of the steps involved in returning to action, it was decided that it wasn't the best course of action.

"For me, it was a very simple decision in the end," he told Greg Allen on RTÉ Radio 1's Drivetime.

"Obviously, it's a little bit sad. It would have been a fairytale to get back to race riding. But when you sit down with these professionals, and these great medical people who have been taking care of me, it was decided it had been a long battle to get to where we are now and to compromise my health and my immune system would not be wise."

"It would be very foolish for me to ignore that advice."

Smullen told RTÉ Sport last year that he was winning his fight against cancer and he and his doctors remain very satisfied with his progress.

"Thankfully, I'm in a very good place. The surgery went well and I've completed the treatment."

"Right now, we're very, very fortunate to be in the position to be in. I'm very thankful for that. So far, so good the way I look at it. Obviously, there be a lot of checks to make sure there's no return. We have to keep on top of things."

"While we have to be very careful, I have to go ahead and live my life and that's what I intend on doing."

Tributes have been flooding in from across the world following Pat's official retirement and the humble Offaly man was quick to thank all those sending him kind words as he steps out of the saddle for the final time.

Thank you everyone for such lovely messages I really appreciate it, but now it’s time to look to the future pic.twitter.com/yz56IUKlps