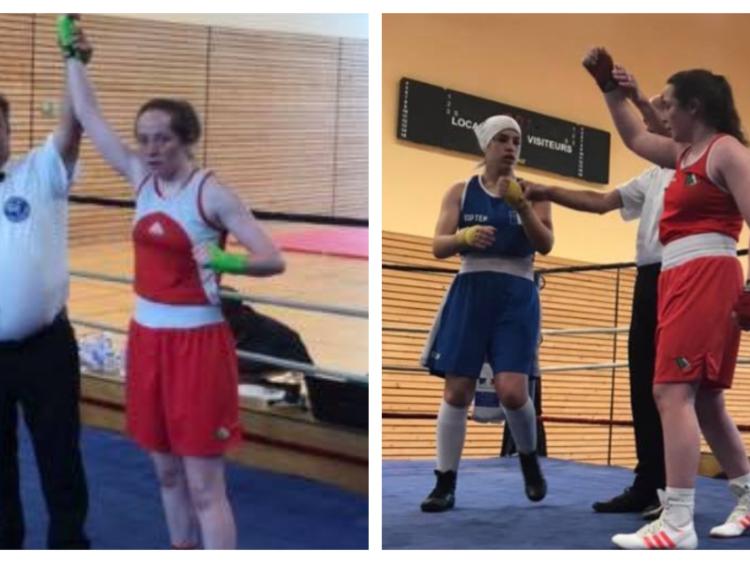 Cloghan and Offaly boxing sisters Labhaoise and Sinann Glynn enjoyed major international success at the weekend in a special event in France.

They were on the continent as part of a St Brigid’s Edenderry Irish International selection which took part in a training camp and dual International v France National Youth & Junior team competition.

At 50kg, Labhaoise beat Zoe Couvercelle and while at 52kg, she overcame Melina Mezrag with two outstanding performances.

The French referee dished out a harsh public warning to Glynn, costing her the fight, but 24 hours later, Sinainn, the 2018 Offaly Express Sports Star of the Year, was back in the ring against 57kg champion Assia Menirj.

In that fight, she put on a masterclass to take the fight 3-0.

"Both these girls have big future ahead," Liam Brereton said after their victories.