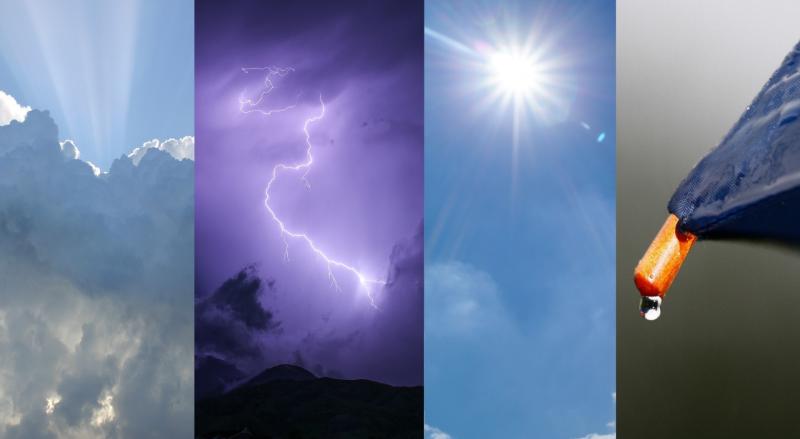 The weather forecast for Ireland for the coming days from Met Eireann is for it to turn more unsettled with spells of heavy rain and thunder later in the week with the potential for spot flooding while it will also stay cooler than average for the foreseeable future.

The weather forecast for Wednesday from Met Eireann is for rain to be persistent and heaviest in eastern and southern counties. There'll be scattered showers elsewhere. Cold and breezy, afternoon temperatures of 9 to 12 degrees, and feeling colder in the moderate to fresh and gusty northeasterly wind. There will be showery rain overnight, mainly in northern and eastern coastal areas, with drier conditions developing through the night. Lowest temperatures 4 to 6 degrees, in moderate northeasterly breezes.

This chart shows forecast pressure and precipitation every 6 hours for 7 days. pic.twitter.com/BhpFKsYrY3

According to Met Eireann, there will be lingering rain or showers Thursday morning. Some showers will be heavy by early afternoon, with a risk of thunder. There'll be dry and sunny weather in the southwest, elsewhere sunny spells will be limited. Highest temperatures of 9 or 10 degrees over Ulster, 11 to 13 degrees elsewhere. Winds mainly moderate easterly becoming light variable in direction through the day, will remain northerly and moderate in western parts of Munster.

On Thursday night showers will die out to give a dry, clear night with light variable breezes. Mist will form and thicken into fog in places. Lowest temperatures of zero to 3 degrees, with grass frost also.

The weather forecast for Friday is for sunny spells and showers, the showers heaviest and most frequent over the northern half of the country. Highest temperatures of just 9 to 12 degrees, in light to moderate variable breezes. There'll be showers over parts of Ulster overnight but dry elsewhere, with long clear spells. Patches of mist, fog and grass frost will form in another cold night with lowest temperatures of plus 1 to 3 degrees, in light variable breezes.

According to Met Eireann there will be further scattered showers on Saturday, but overall a lot of dry, bright weather, with sunny spells. Highest temperatures of 10 to 13 degrees in moderate northerly breezes. Cold overnight once again with patches of mist, fog and grass frost. Lowest temperatures of near zero in places in light variable breezes. It'll be bright and dry on Sunday with spells of sunshine. Turning milder too, with afternoon temperatures recovering to nearer to normal for the time of year, between 13 and 16 degrees, in light to moderate southeast breezes