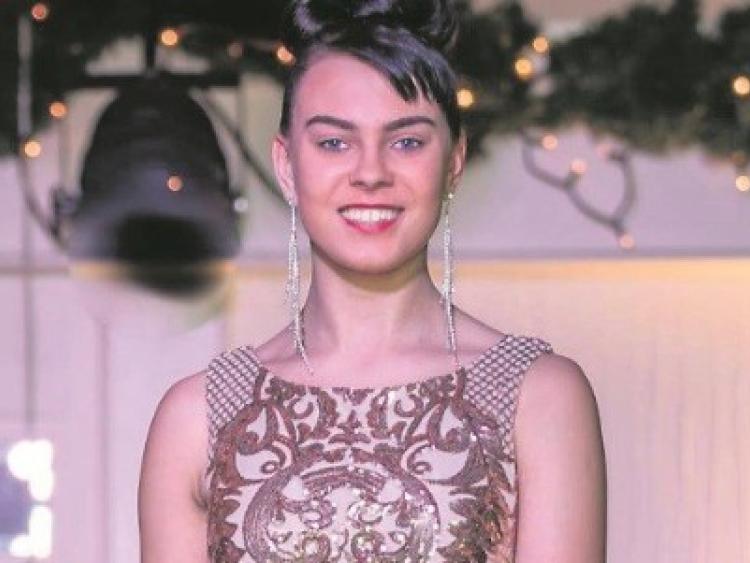 Two children have gone on trial, charged with murdering another child in Co Dublin last year.

The prosecutor has told the jury that one of the accused boys had lured 14-year-old Anastasia Kriegel from her home to a dirty, derelict farmhouse, where he voyeuristically watched the other boy sexually assault and murder her.

The compelling and coercive forensic case against the boy waiting at the farmhouse included a ‘chilling’ zombie mask found in his backpack.

Brendan Grehan SC was giving his opening speech at the Central Criminal Court today (Tuesday) in the trial of the two teenagers, accused of murdering the Kildare schoolgirl at Glenwood House, Laraghcon, Clonee Road, Lucan on 14th May last year. The accused, who are both 14, cannot be named because they are minors. They each pleaded not guilty.

One of the boys is further charged with Anastasia’s aggravated sexual assault in a manner that involved serious violence to her. He also pleaded not guilty to that count.

Mr Grehan explained that gardai discovered Ana’s body on May 17 last at the derelict Glenwood House, 3km from her home through St Catherine’s Park. She was naked apart from her socks and a ligature around her neck. She had obvious head injuries.

The scene, which was bloody, comprised a small, downstairs room, not much bigger than the jury box, he said. Her broken phone and clothes were scattered around the room. Some were damaged, ‘suggesting that they had been forcibly removed’, he added.

A post-mortem exam on Ana’s body revealed severe and extensive injuries to her head and neck, which had caused her death. The pathologist also found injuries suggesting the attempted penetration of her vagina. She concluded that she had been violently assaulted within that room and that there’d been a struggle.

The jury heard that Ana’s mother had reported her missing at 9pm on Monday, May 14. She was last seen by family at 5pm that day, when she left her home at Newtown Park in Leixlip in the company of the second accused. She was last seen alive with him in the nearby St Catherine’s park.

Her mother was trying to contact her by phone as she made her way home from work around that time. However, she was getting no reply and this was unusual. Of concern too was that she had left her home with a boy, who had never visited before, and Mrs Kriegel was searching the park by 5.40pm.

“It’s the prosecution's case that Ana was already dead at this stage,” said Mr Grehan.

The gardai responded to her mother’s report that night by going to the boy’s house and speaking to him and his mother.

“In the first of many different accounts (he) was to give the gardai, he told them he’d called for Ana and they went to St Catherine’s park, where he’d last seen her,” said Mr Grehan. “Significalny, he did not mention his friend (the first accused) at this stage.”

They visited him again the following day and he told them that he’d called for Ana on behalf of the first boy, who had then met Ana in the park. He said he knew that Ana was interested in this boy and that the suggested purpose of the meeting was for this boy to tell her that he wasn’t interested.

He claimed that after a short conversation between the two, she had gone one way while he and his friend had gone the other.

Both boys were asked to point out where they’d met and the routes taken. Divergences began to emerge between what each told gardai as well as between what they said on different occasions. However, Gardai were mindful that they were dealing with 13-year-olds.

The jury was told that it would see CCTV footage of Ana heading to the park with the second accused. This would be of use in determining routes and timings, as would evidence showing that Ana’s phone’s last activity was at 5.32pm in that general area.

A number of people gave accounts of seeing the first accused limping and with blood on his clothing not long after this time. He had said he had been attacked by two men, whom he had fought off.

“Gardai investigated this allegation and it’s the prosecution’s case that (he) came by his injuries in a struggle with Ana, in which he sexually assaulted and killed her, and this was a made-up story,” said Mr Grehan.

“The case against (him) relies on what the prosecution say are lies told by him about where he last saw Ana, but also on a compelling and coercive forensic case based on objective, scientific evidence by way of DNA,” he added.

“He will be connected to the scene by male DNA found on her neck and the tape around her neck, and semen on her top found in the same room,” he continued.

He alleged that various items from his home would also ‘connect him to Ana’s murder’.

“These include the contents of a distinctive backpack he was seen carrying in the park, including gloves, knee pads, shin guards and, perhaps most chillingly, a homemade zombie-type mask,” he said. “The prosecution case will be that there’s no explanation consistent with innocence.”

He said that the legal basis for the case against his co-accused was somewhat different.

“It is that he aided and abetted the murder of her, that he assisted or helped it to happen knowing what was going to happen, that he provided this help by, in the first place, luring Ana from her house to meet (the first accused), knowing she’d want to meet him,” he explained.

However, Mr Grehan said he knew that Ana would not be meeting his friend in some romantic way in the park, but ‘at a dirty, dark derelict house that he or (the first boy) made sure was empty before entering, handing Ana over to (him), knowing preparations must have been made…, by providing the builder’s tape for the ligature found on her neck… by remaining and voyeuristically watching her murder and sexual assault, by participating in the cover-up afterwards and lying repeatedly to the gardai about what he saw, knew and did’.

“The prosecution says he had been explicitly told of the intention to murder Ana in advance,” he said, explaining that all of this had come from this boy’s own mouth, and that the jury would view the video of his garda interviews.

Mr Grehan said that the jury would also hear lots of other evidence and learn about the background of the two boys, including ‘some peculiar interests they had’.

The trial continues before Mr Justice Paul McDermott this (Tuesday) afternoon when the jury is expected to hear from Anastasia’s mother and brother.