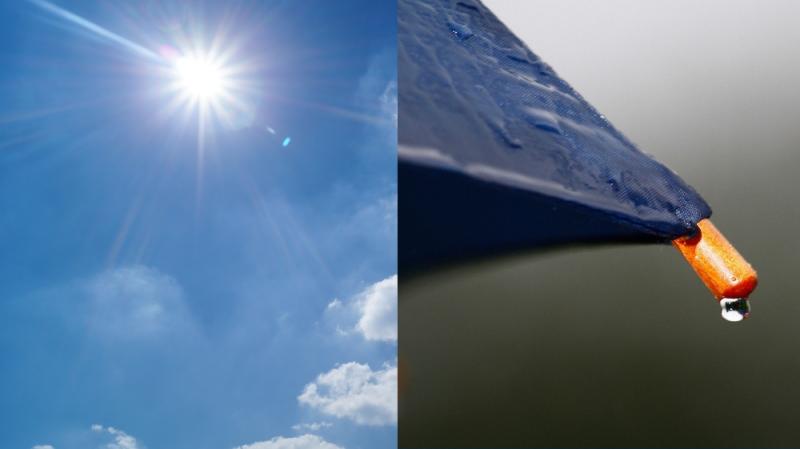 The weather forecast for Ireland for the rest of the week from Met Eireann is for it to be showery at first but becoming drier for the weekend with temperatures hovering around the mid-teens.

The weather forecast for Tuesday is for it to be cloudy and misty in many eastern and northern counties, with some rain at times, giving a few heavy bursts in places. But drier and brighter weather elsewhere, with occasional sunny spells and just the odd light shower. Drying out in all areas later this evening. Top temperatures of 11 to 15 degrees, in moderate southwesterly breezes.

Mostly dry and clear on Tuesday, with just a few isolated showers. Cold, lowest temperatures 1 to 5 degrees, in light southwest or variable breezes, allowing some grass frost to form and patches of mist and fog.

The weather forecast for Wednesday from Met Eireann is for a cold start, but sunny in most places. But cloud will tend to build up gradually. Showers in the western half of the country will become more widespread during the afternoon. Some will be heavy, with a risk of hail and thunder. Top temperatures 11 to 15 degrees, in moderate southwest winds. Showers becoming isolated overnight with good clear spells developing. Minimum temperatures of 3 to 7 degrees in light southwest breezes.

According to Met Eireann, current indications suggest it will be dry and bright on Saturday with sunny spells and patchy cloud. Highest temperatures of 10 to 14 degrees but feeling rather cool in the moderate northerly breeze. Largely dry overnight with clear spells. Chilly with lows of 1 to 5 degrees.

After a cold start it looks set to be another dry day on Sunday according to Met Eireann with a mix of cloud and sunshine. Highest temperatures of 11 to 16 degrees in light breezes, varying in direction.