Offaly election candidate calls for intervention to save SOSAD Tullamore 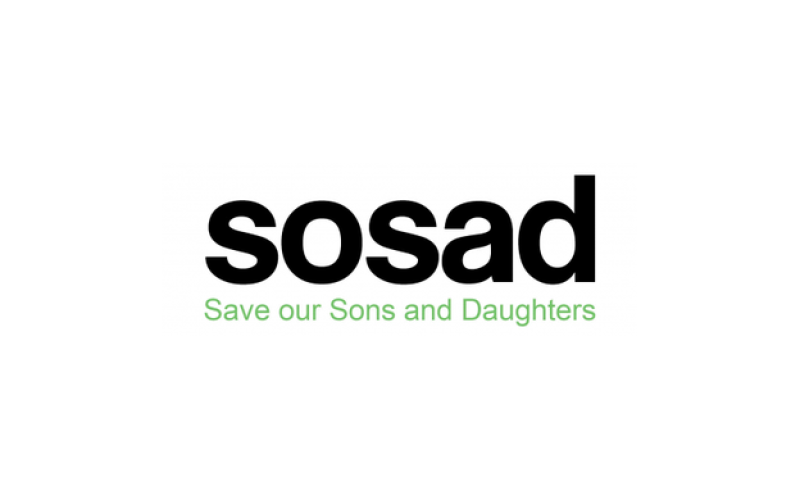 Offaly election candidate calls for intervention to save SOSAD Tullamore

As SOSAD prepares to close the door on its Tullamore office on May 9, local election candidate Joe Wynne (Independent) has spoken out strongly against this being allowed to happen, calling for the HSE or other relevant public bodies to intervene.

"Funding must be found for SOSAD, and I'll be happy to work with SOSAD and anyone else in order to make sure this happens," he commented.

The organisation opened its Tullamore office in 2013, and up to twenty people, including counsellors, psychologists, and clinical assessors have been offering the comfort and benefit of their skills for free to those in need of them ever since.

It's Joe's belief that this more than proves the existence of a need for these services, and why all options must be explored to ensure they remain available.

"From 2013 until now, people who, for whatever reasons or circumstances, have found themselves in vulnerable positions, have been turning to SOSAD for the help they needed. It's an absolute fact that in that time this organisation will have changed lives."

"And it's probably no exaggeration to say it has also saved lives in that time, too. You can't put a price on having somewhere that offers that kind of refuge from life's troubles in a community. And it's important to remember that it hasn't just been a refuge either. It's helped people to regain their emotional strength, enabling them to face life again, rejuvenated and with hope or peace where there may have been none before."

"And once again, we're talking about volunteers here, without whom there would have been no office in Tullamore to begin with."

"What we stand to lose are clinical assessors who have been trained through the HSE and were putting those skills to use within SOSAD. We'll be losing qualified psychologists and counsellors who have been contributing the first steps of their professional careers to their community."

"Without them, our already creaking health service would have been the only place that those who have availed of SOSAD could have turned to. But had that been the case, they could have waited years to be seen. Which would have meant waiting years with their pain, too. When you think of it that way, you quickly get a sense of the powerful impact the organisation has been able to make."

"That's something we can't afford to lose, because God knows our health service is still creaking, and God knows we still have people in pain."

In praising the staff of SOSAD for continuing to help those in need right up until May 9, and in doing their best to provide suggestions for alternatives for people beyond that date, Mr Wynne also stressed the huge contribution which has been made by the public through special fundraising events over the past number of years.

"As I've already stated, the fact that there's a clear need for the services SOSAD provide can't be disputed. That need is real. It has been since 2013. It remains so today. And it's still going to be there come May 10th and for every day and night that follows. So we're talking about money here."

"Essentially, that's the reason why we're on the verge of losing the Tullamore office. Over the past number of years the people of this town, and indeed of Offaly as a whole, have been brilliant in their generosity towards fundraising events. They've never failed to do their part. We're now at a point where we need the HSE, or indeed another relevant body, to step in and say look, we're going to help out here."

Concluding, the Ferbane man declared, "That's what would make sense as part of the bigger picture, because rightly or wrongly, organisations like SOSAD have been providing the help that areas of our health service have been, and remain, under too much pressure to deliver."

"That's why I believe it's vital that funding must be found for SOSAD and it's why I'm saying I'm ready and willing to sit down with any group to talk about how that can be achieved."